A Republican bill introduced this week would force members of Congress and their staff to get health care from the Department of Veterans Affairs, a change aimed at forcing lawmakers to recognize the longstanding problems with the VA.

House and Senate lawmakers and staff are required to get their health coverage through the Washington, D.C., health insurance exchange created under Obamacare. They get access to gold-level plans, which means they pay 20% of their health care costs while taxpayers cover 80%.

But, under legislation proposed by Rep. Warren Davidson, an Army veteran and Republican from Ohio, lawmakers and staff would receive VA care at VA facilities "as if such members and staff were veterans." Davidson says the point is to make lawmakers more aware of the problems with the VA. 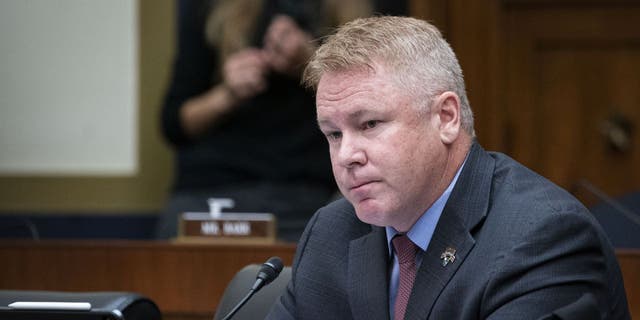 Rep. Warren Davidson, a Republican from Ohio and Army veteran, wants lawmakers to use Veterans Affairs care so they can become more familiar with how the VA needs to be fixed. (Al Drago-Pool/Getty Images)

"Providing our veterans with the highest quality care is a bipartisan issue on which nearly all members of Congress agree," Davidson said in a statement to Fox News Digital. "The VA is charged with fulfilling our nation's obligation to provide veterans with the health benefits they have earned. To fulfill that obligation, the VA will require consistent and intentional congressional oversight.

"When I talk with veterans, they always stress the urgency surrounding veterans' health care issues, particularly for mental health services," he added. "My bill will ensure members of Congress have a stake in improving the VA health care system."

The VA has been under tight scrutiny since 2014, when it became clear it was systematically underreporting veteran wait times for health care to make it look as though veterans were getting timely care. That practice led to findings that some veterans died while waiting lengthy periods of time for VA care. And that prompted Congress to create a pilot program allowing some veterans to get care outside the VA.

Under former President Trump, the option of private care became permanent under the MISSION Act, but the Biden administration has come under fire for trying to downplay the private health care option. In a 2022 hearing, Republicans criticized VA Secretary Denis McDonough for redirecting a MISSION Act link from a webpage that educated veterans about their private care options to a page that encouraged them to sign up for VA care. 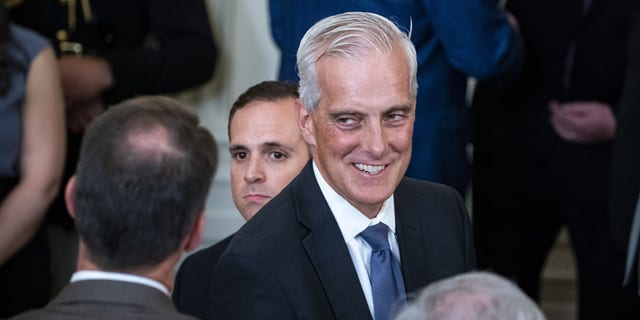 Denis McDonough, secretary of Veterans Affairs, is under fire from Republicans over the VA's implementation of legislation giving veterans the option of using private sector care.  (Al Drago/Bloomberg via Getty Images)

"Since I have been in Congress, I have supported the VA Mission Act, VA Accountability Act and the PACT Act," Davidson said. "These bills increased access to care, expanded benefits and improved the quality of care. However, more must be done to improve the VA."

Veterans and veterans organizations continue to complain about wait times for care. Through requesting federal documents, veterans groups and their allies have found evidence the VA is again generating data to make it appear VA wait times are not as long as they are.

For example, they found that instead of measuring wait times starting from the day a veteran requests care, the VA is starting the clock when a VA "scheduler" starts the work of setting up an appointment, which can be weeks or even months after a veteran first requests care. 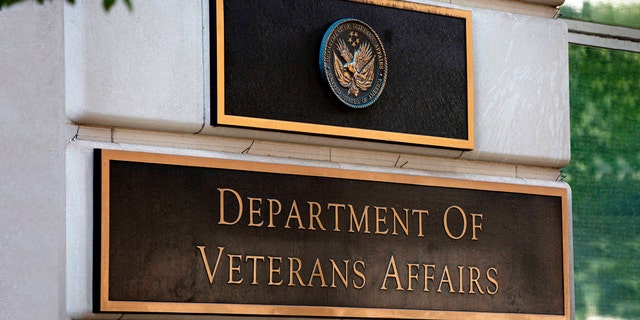 Veterans Affairs has also been criticized for long wait times for veterans at clinics and hospitals around the country. (Alastair Pike/AFP via Getty Images)

Last year, Americans for Prosperity (AFP) sued the VA for access to documents detailing the VA’s implementation of the MISSION Act. While a judge ordered the VA to produce those documents, AFP last month returned before a Washington, D.C., judge to demand it produce more relevant documents, including papers that reveal which senior leaders in the VA are trying to limit the use of the MISSION Act.

Pete Kasperowicz is a politics editor at Fox News Digital.