Prince Harry and Meghan Markle could soon lose their royal titles amid the drama over their schism with the royal family, Niles Gardiner, an aide to former Prime Minister Margaret Thatcher, said.

The couple, who stepped down as senior royals in January 2020, have claimed that they struggled with bullying from both the media and the royal family following their much celebrated wedding in 2018. Markle dropped the biggest bombshell claim during an interview with Oprah Winfrey last year, saying that when she was pregnant with their son Archie, there were "concerns and conversations about how dark his skin might be when he’s born."

The first volume of Harry and Meghan's new Netflix documentary "Harry & Meghan" will drop on Thursday and is expected to explore some of those allegations.

"The deeply unpleasant Meghan/Harry Netflix documentary is primarily a tragedy for Prince Harry," Gardiner tweeted. "Once a greatly loved figure in Britain, he is rapidly burning all bridges with his own family and the British people. It is a hugely destructive act, and an insult to the late Queen."

An insult, Gardiner said, but not one he expects to stain the Queen Elizabeth II's memory.

"I think the Queen will always be greatly revered regardless of any content in the Netflix documentaries," Gardiner told Fox News Digital. "And if indeed there are any attacks in the Netflix series on the Queen herself, I think that Meghan's image, and that of Prince Harry as well, will fall even further in the eyes of the British people." 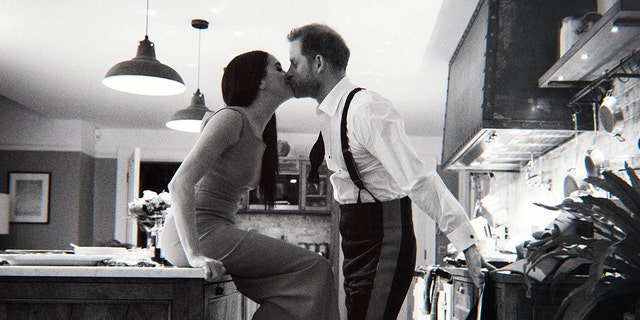 The drop of the first trailer for the new documentary happened to coincide with Prince William and Kate Middleton's trip to the United States. (Netflix)

"And the Queen is a greatly revered figure on both sides of the Atlantic," he continued. "A greatly loved figure. And any suggestion in the Netflix documentary of any kind of attack on the Queen or accusation against the Queen will go down very, very badly. And so regardless of what's in this documentary, the Queen will always be a dearly loved figure by the British and American people. But any kind of attack against the Queen I think will result in a furious backlash against Meghan and Harry in the court of international opinion."

"And I think their image will be further lowered," he continued. "It's already at a very low stage, I have to say. But it could go even lower." 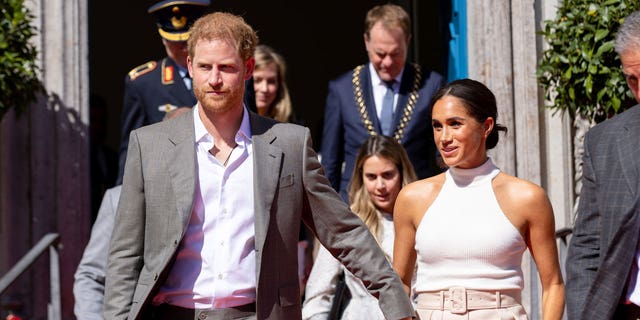 Asked how the royal family has handled the scandal with the young couple, Gardiner said they've been patient. But he didn't expect that patience to last forever.

Gardiner predicted that despite this grace, the couple may be treading on thin ice.

"This good will ultimately is going to run out because of the relentless unpleasantness of the attacks being launched by Meghan and Harry against the royal family," he said. "I think that patience is running out. I think King Charles is increasingly unhappy with the situation. I think it's only a matter of time before Meghan and Harry have their royal titles removed. After all you cannot go around attacking the royal family while maintaining the title of Duke and Duchess of Sussex."

PIC OF MEGHAN MARKLE, PRINCE HARRY BEING HOUNDED BY PAPARAZZI IN NETFLIX DOC IS FROM ‘HARRY POTTER’ PREMIERE

"Eventually King Charles will run out of patience here," Gardiner added. "And I think this Netflix documentary could be a key catalyst actually in leading to the removal of the royal titles for Meghan and Harry." 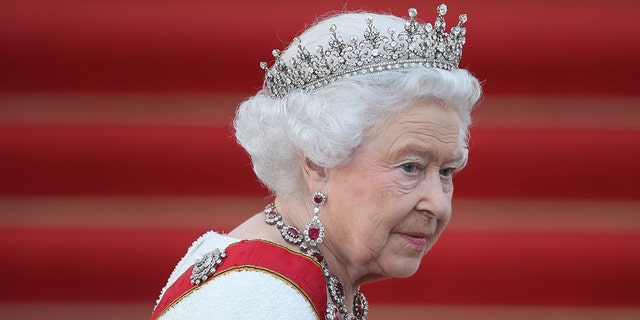 "As I’ve already said this is nothing short of a declaration of war - and the aim of destroying the life’s work of Queen Elizabeth II," Wootton tweeted. "Shame on them! Strip them of their titles now!"

Yet Harry and Meghan are not without sympathizers who agree they deserved better during their tenure as senior royals from both the British tabloids and the royal family.

"I can’t even imagine how difficult these times must have been," Nadia Essex tweeted. "Just a little bit of empathy and compassion with these two goes a very long way I’m sure."

The trailers Netflix released for "Harry & Meghan" have already caused a stir. Royal reporters have pointed out several apparent instances of "misleading footage" intended to portray the couple as victims of the press. One image, for instance, was found to actually be from the premiere of "Harry Potter and the Deathly Hallows: Part Two" in 2011, before the couple even met.

Harry and Markle Tuesday received the Ripple of Hope Award from the Robert F. Kennedy Human Rights organization at a gala in New York amid the documentary uproar in "recognition of their work on racial justice, mental health, and other social impact initiatives through their Archewell Foundation," a press release from the human rights organization said.

Fox News Digital has reached out to the Duke and Duchess of Sussex for comment.

Cortney O'Brien is an Editor at Fox News. Twitter: @obrienc2