A former Border Patrol agent was convicted of capital murder Wednesday in the 2018 deaths of four sex workers after jurors heard recordings of him admitting he wanted to "clean up the streets" of his south Texas town.

A jury found 39-year-old Juan David Ortiz, a Border Patrol intel supervisor at the time of his arrest, guilty in the deaths of Melissa Ramirez, 29, Claudine Anne Luera, 42, Guiselda Alicia Cantu, 35, and Janelle Ortiz, 28. Their bodies were found along roads on the outskirts of Laredo in September 2018.

He received an automatic sentence of life in prison without the possibility of parole, since prosecutors did not seek the death penalty.

During the trial that began last week, jurors heard Ortiz confess to the killings during a lengthy taped interview with investigators. 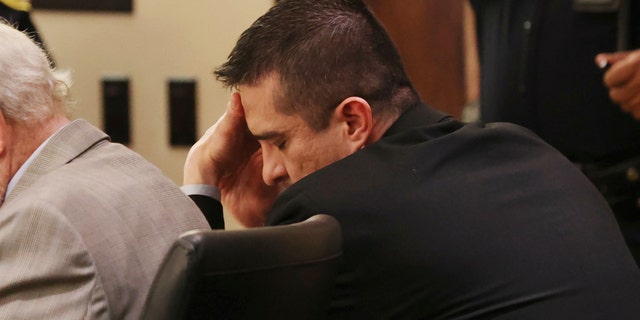 Ortiz told investigators he had been a customer of most of the women, but also said he thought sex workers were "trash" and "so dirty." He said the "the monster would come out" as he drove in an area in Laredo frequented by the women.

Following the verdict, family members of the victims gave statements to Ortiz. Gracie Perez, the sister-in-law of Ramirez, said she was a "loving, kind and funny person," and her death has broken the hearts of her children.

"Do you know how much pain you have caused this family?" Perez said to Ortiz, according to the Associated Press. "My heart is torn apart knowing that I won't be able to see her but to visit her in the cemetery."

Defense attorneys said Ortiz was improperly induced to make a confession, therefore it should not be considered. Prosecutors then told jurors Ortiz's confession was not only legal, but it was provided by "an educated senior law enforcement official who was not having a mental breakdown."

Defense attorney Joel Perez argued that Ortiz, a Navy veteran who served in Iraq, was suffering from PTSD, insomnia, nightmares and headaches. Perez said Ortiz was medicated and had been drinking before the murders. 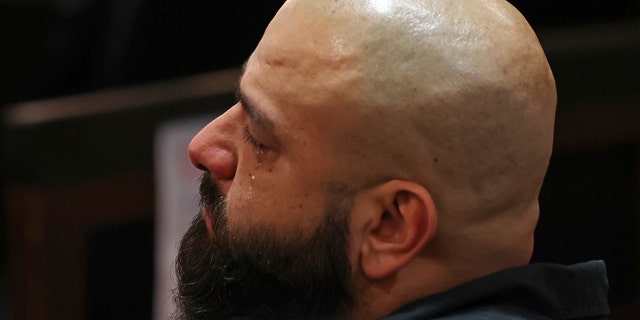 Erika Pena, 31, testified that Ortiz picked her up during the evening on Sept. 14, 2018. She got a bad feeling when he allegedly told her he was the "next to last person" to have sex with Ramirez, whose body was found a week earlier.

Pena testified that Ortiz told her he was worried investigators would find his DNA on Ramirez's body.

"It made me think that he was the one who might have been murdering," the woman told the jury, according to the AP.

Pena escaped from his truck at a gas station after Ortiz pointed a gun at her. She ran straight to a state trooper who was pumping gas, causing Ortiz to flee.

He was arrested early in the morning on Sept. 15, 2018, after authorities tracked him to a hotel parking garage.

Webb County Sheriff’s Department Capt. Federico Calderon testified that officers who arrested Ortiz knew about the slayings of Ramirez and Luera. They learned a third body was found, later identified as Cantu's, as they pursued him before his arrest. Calderon said it wasn’t until Ortiz’s confession that they learned Janelle Ortiz was also dead. 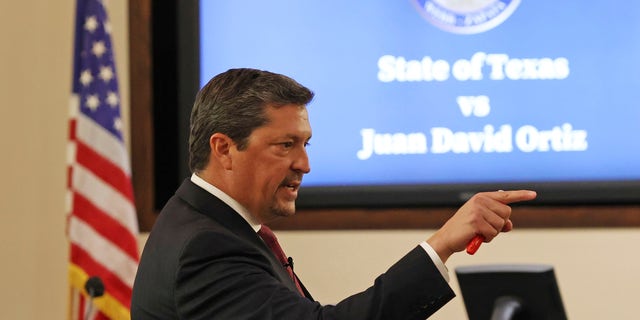 Webb County Medical Examiner Corinne Stern testified that Ramirez, Luera and Janelle Ortiz were fatally shot while Cantu, who was shot in the neck, died of blunt force trauma to the head.

A ballistics expert testified the bullets collected from the crime scenes came from the same gun, and matched the weapon found in Ortiz’s pickup.

Ortiz served in the U.S. Navy for nearly eight years, until 2009, holding a variety of medical posts. He also served a three-year detachment with the Marines.