Disgraced cryptocurrency executive Sam Bankman-Fried's appearance at the New York Times Deal Book Summit revealed how the financial elites now distancing themselves from him are really just reflections of the billionaire themselves, a high-profile investor told Fox News.

Vivek Ramaswamy of Strive Asset Management told "Tucker Carlson Tonight" he keyed into what he called nervous applause for Bankman-Fried when he spoke at the Wednesday conference that was moderated by CNBC anchor Andrew Sorkin.

Ramaswamy said Bankman-Fried – currently staying in the Bahamas – and his FTX company reminded him of how the now-bailed-out financial giants who took U.S. taxpayer money to stay afloat after the 2008 financial crisis still tried to position themselves as the "good guys" despite their malign behavior.

"The difference back then was that they even got bailed out by the government directly [via] the public FISC. Now, here in the case of SBF… And the thing that was fascinating for me for watching that today wasn't so much. SBF – [who is] really good at deflection, using a lot of technocratic language to deflect accountability," he said. 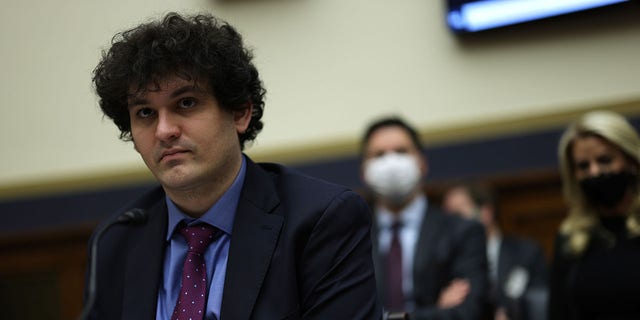 WASHINGTON, DC - DECEMBER 08: CEO of FTX Sam Bankman-Fried testifies during a hearing before the House Financial Services Committee at Rayburn House Office Building on Capitol Hill December 8, 2021 in Washington, DC. The committee held a hearing on "Digital Assets and the Future of Finance: Understanding the Challenges and Benefits of Financial Innovation in the United States."  (Alex Wong/Getty Images)

"The thing that was actually interesting was looking at the people in the audience nervously laughing, distancing themselves from him. And to me, when I was thinking about what happened in 2008."

Responding to clips of the conference – advertised as a symposium with top business leaders – that included Bankman-Fried and Ukrainian President Volodymyr Zelenskyy, Ramaswamy said many in the audience were "financial elites" who seem to want to distance themselves from Bankman-Fried.

Ramaswamy said however he views those same folks who may have been in corporate positions during the 2008 bailouts as not too far different than Bankman-Fried, who is accused of co-mingling funds between FTX and Alameda Research while untold sums of investors' money remain reportedly unaccounted for.

"They may be different in degree, but not in kind. And I think that's the thing that people actually struggle with this SBF story," he said.

APPLE SERVING AS ‘VASSAL’ FOR CCP AMID PROTESTS, DESANTIS SAYS 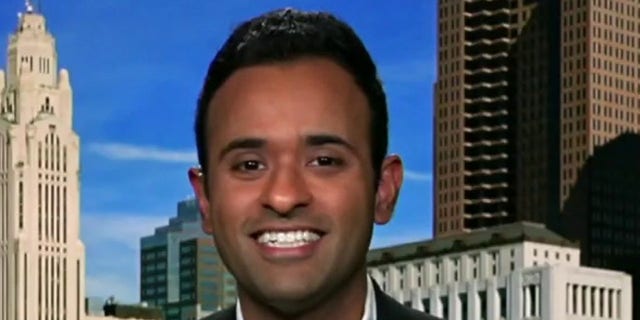 "If they're in elite finance, when they look themselves in the mirror and look at the kinds of things that happened in 2008, you know what? It's an uncomfortable parallel and an uncomfortable similarity."

Bankman-Fried, Ramaswamy said, is "just one of them, and they're just one of him."

Host Tucker Carlson added Bankman-Fried comported himself as if knowing he is "bulletproof" from personal accountability, alleging his closeness with the Democratic Party – interests to which he donated high sums in the 2022 midterms – and Securities & Exchange Commissioner Gary Gensler shows no government authority is likely to touch him. 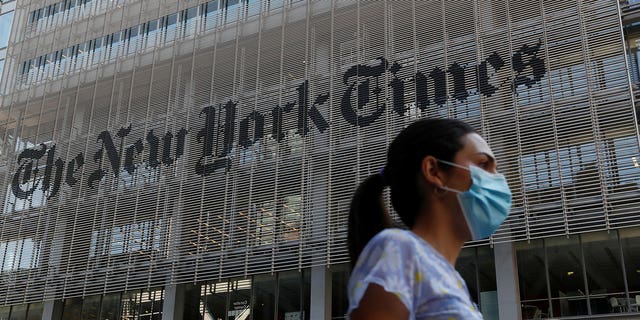 "He's not very worried about criminal charges," Carlson said, queuing up a clip of Bankman-Fried saying he isn't focusing on criminal liability, adding he "has had a bad month… that's not what matters here."

"I've had a bad month. It's all about me and my personal journey. But being held accountable by regulators, the Justice Department, the US Congress. These are my friends. I paid for them," Carlson said, imitating Bankman-Fried.

"Boy, if there's ever been a clear window into the deep corruption we really need to get rid of if we're going to return to representative democracy, it's that right there."