Spain said Wednesday it's enacting a new ethics code to discourage toy manufacturers from using sexist stereotypes such as dolls for girls and action figures for boys in advertisements as the Christmas season kicks off.

A government statement said the new "self-regulatory" code urges companies to run adverts that engender an image of pluralism and equality, free from stereotypes.

"The characterization of girls with sexual connotations will be prohibited and the exclusive association of toys with roles such as caring, domestic work or beauty with them (girls), and action, physical activity or technology with boys will be avoided," the statement said.

BARBIECORE: ALL THE STARS ARE ROCKING THE HOT NEW TREND 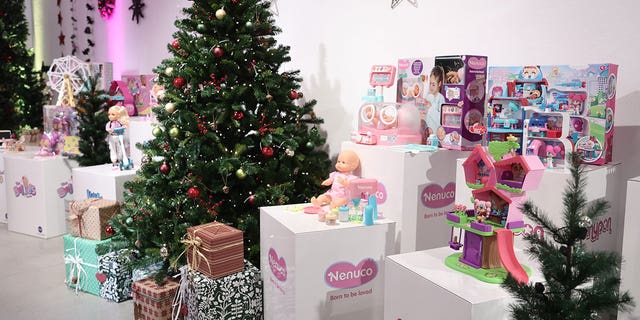 The idea is that companies will no longer use colors such as blue or pink to indicate products intended for boys or girls, the government said.

The code follows an agreement between the Consumer Affairs Ministry, toy manufacturers and publicity companies in April.

The code, which updates another from 2005, goes into effect Thursday. It's directed at advertising geared toward children under 15 and especially kids under seven.

Other European countries have similar codes.