As early as 9.00am, the Teslim Balogun  Stadium was filled to capacity as supporters of the APC’s presidential candidate stormed the venue for the mega rally. 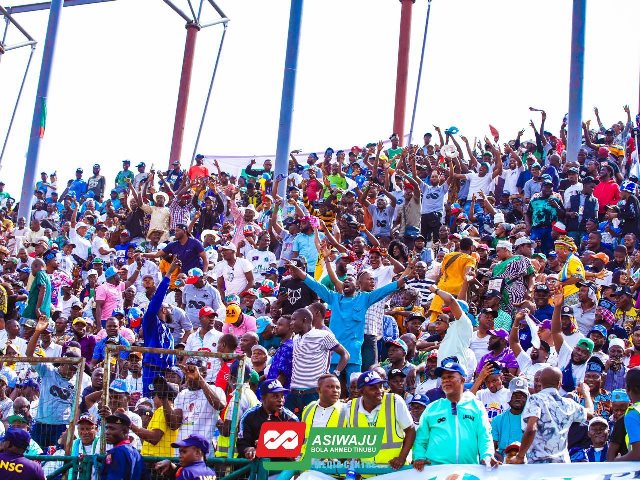 Traffic was restricted to the venue of the rally as major roads were shut and traffic diverted. 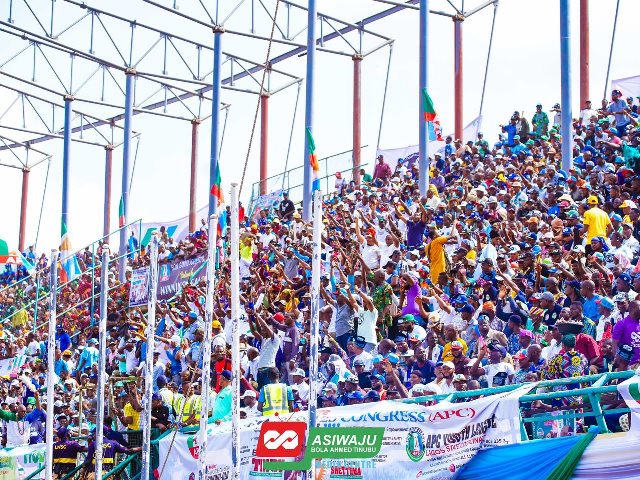 The massive crowd only attests to the fact that Lagos is home for the APC. 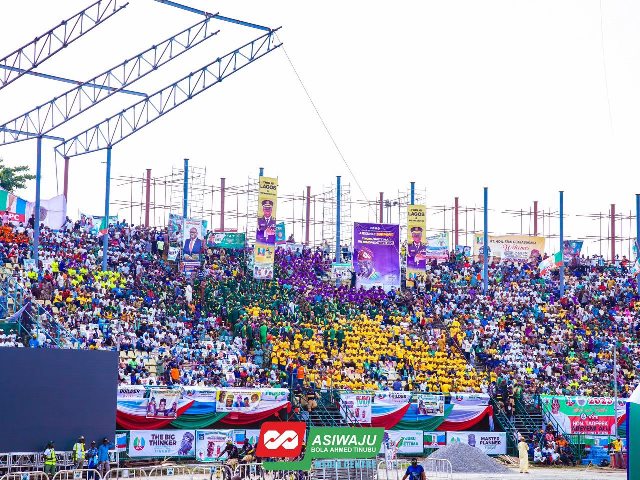 Tinubu arrived the stadium in the afternoon to a tumultuous well. The entire stadium was electrified as he stepped in, with shout of ‘Jagaban’ among others. 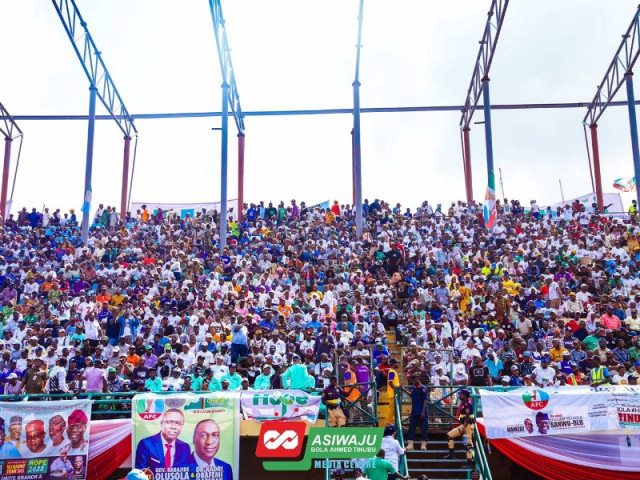