Sitting in federal prison, Detrick Saulter wondered if he would have ended up there had he grown up with a father.

His mother had Saulter when she was 15 and raised him on her own. Still, Saulter kept on a good path.

"She did a great job, actually," the Memphis native told Fox News. "I went to college, I went to trade school, I steered away from all the bad stuff that was going on, the drugs and gangs."

But that changed when Saulter lost his job. 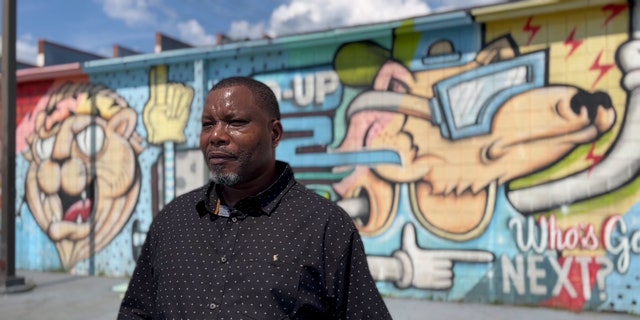 F.A.T.H.E.R.S. founder Detrick Saulter was born and raised in Memphis, Tenn. He still spends time at the Lester Community Center where he played basketball as a kid. (Fox News Digital)

"Me not having a father, I didn't have anybody to lean on once I lost my job and nobody to talk to, so I started talking to the guys that I grew up with," Saulter said. "It was easy for me to fall into the same road that they was on."

"If I would have had somebody that I could to talk to about it, kind of steer me … say, ‘You may have lost the job, but it’s another way, you can get another job,'" he added.

"It was the only thing I had to fall back on was the neighborhood," he said. "One thing led to another, and we got in trouble."

Saulter was caught and sentenced to five years in federal prison in 2009. 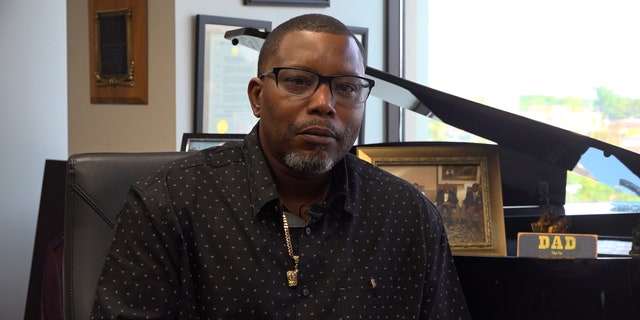 Saulter won "The Village Award" in 2018 for outstanding leadership and dedication in the community. (Fox News Digital)

"Up to that point, I had kind of a vague relationship with my daughter," Saulter said. "Not involved as much as I should."

But it wasn't until a phone call with a good friend, a middle school basketball coach, that he really understood the extent of the issue.

"'Man last year, only one dad came to the school to the games,'" Saulter recalled his friend saying.

"Only one dad came to the games," Saulter repeated. "It clicked."

"I need to get the fathers because that's the thing that's really missing," he added. "I kept noticing that a lot of the people getting in trouble, a lot of people going down the wrong path, they don't have their father there."

From prison, Saulter formed F.A.T.H.E.R.S, a nonprofit dedicated to encouraging fathers to maintain strong relationships with their children.

"I got on the typewriter one day — a manual typewriter — and just typed up this program called F.A.T.H.E.R.S.," Saulter told Fox News. 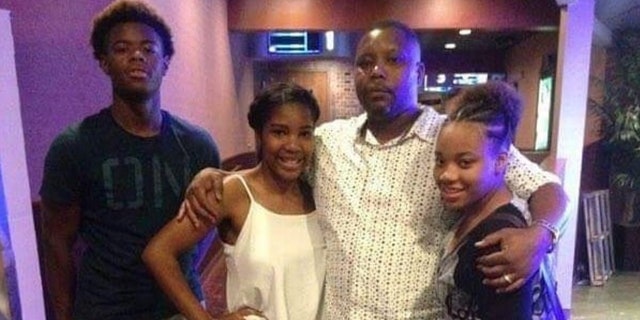 Saulter poses with his daughter, Dierra (left). Looking back on her childhood, Saulter said he was not involved as much as he should have been but has since rekindled their relationship. (Detrick Saulter)

In addition to trying to build better lives for fathers and their children, Saulter says fostering better familial relationships will rebuild a Memphis community plagued by crime.

The city saw a record 346 murders last year, while major violent crimes increased 18% from 2019 through 2021, according to the most recent Tennessee Bureau of Investigation data.

"You can easily (attribute) the crime here to the lack of two-parent homes," Saulter told Fox News. "It just go hand in hand."

While research is limited, a 2004 study found that children from single-parent households are more than three times more likely to end up in jail by the time they reach 30 than those from intact families.

"Me and my friends, now we say, we were each other's father when we was growing up because none of us had a father in the home," Saulter told Fox News.

He also blamed Memphis crime on a lack of youth programs and on hybrid gangs, members from different groups forming their own crew.

Saulter was released from jail in 2014 and immediately got to work on his organization. 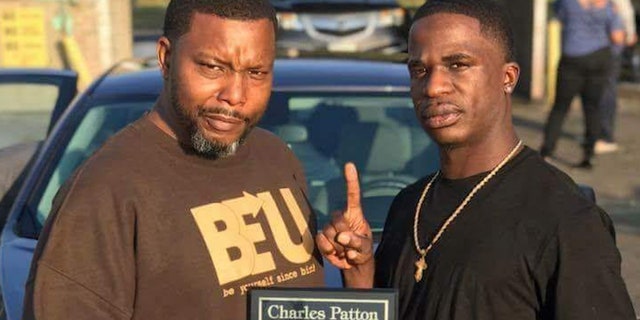 Saulter hands out a Father of the Month award in 2017 to Charles Patton. He said Patton honored his responsibilities as a father despite tough experiences. (Detrick Saulter)

"Once I got home, I just put my feet on the ground and went at it," he told Fox News. He aimed to break the stereotypes of "deadbeat dads."

The percentage of Black children in single-parent families has hovered around 65% from 2010 through 2019, by far the highest across all races, the Kids Count Data Center found.

Saulter created a Facebook group and started encouraging Memphis fathers he knew to share pictures of themselves with their kids on the page. He began handing out Father of the Month awards and hosting monthly activities like a father-child talent show and a "Stop the Violence" event.

"I was just trying to get the fathers there so I can share with them like, ‘Man we got to be in the kids’ lives … We got to show them the other way,'" Saulter said. 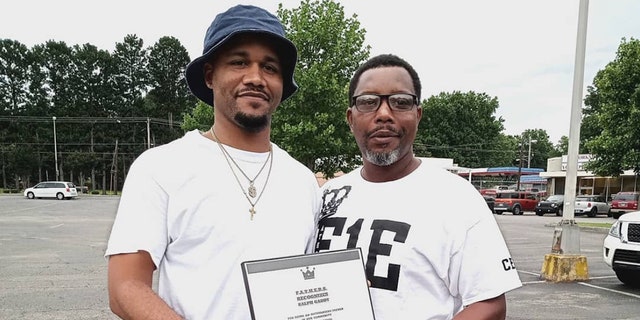 The F.A.T.H.E.R.S. founder recognizes "Gonzo" as an outstanding father. Saulter said "Gonzo" was highly nominated and is someone the community can look to as a guide and depend on. (Detrick Saulter)

Some community members have begun to recognize Saulter's work.

"'Man, keep doing what you're doing,'" a man walking down the street told Saulter, the F.A.T.H.E.R.S. founder recalled. 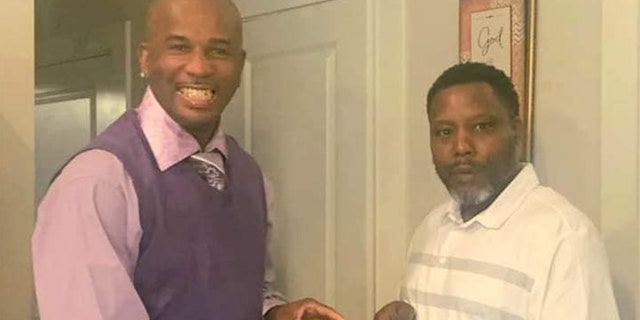 "It's motivation, it's like a burst of energy," Saulter told Fox News. "Like, man, coming from just me typing it up on the typewriter and seeing somebody — what I typed up actually changed somebody life.

"I don't even have no words to explain it," he added. "Just that acknowledgment that it's kind of working, even though it's a process. Just those few little people that's been successful doing it, you've got to keep going."

For his own part, Saulter was able to reconnect with his own daughter. 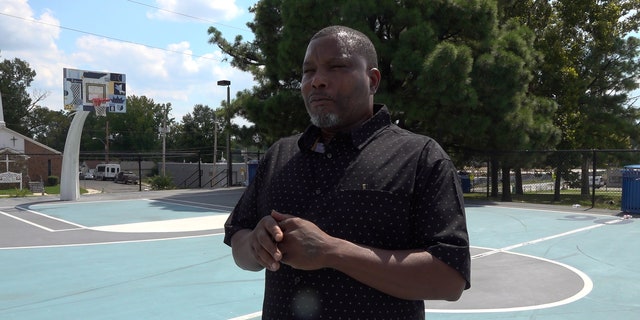 Detrick Saulter is proud of the relationship he built with his daughter after being released from prison in 2014. (Fox News Digital)

"First I had to swallow my pride and admit that I made a mistake," he said. "From that point, I just made it my business, I don't care how mad she is at me or whatever, I'm going to see her."

Saulter didn't have a driver's license when he got out of prison, but he still managed to find rides to visit her in Mississippi, where she was living at the time.

"My effort was the most important thing, just me going, making that initial effort to have a relationship with her, and then she was receptive," Saulter said. "Now we communicate almost every day."

As he thought about all he'd overcome in Memphis, Saulter hopes people could see that the Home of the Blues is more than just a city with high crime.

"Memphis is actually a great place, is a lot of beautiful things here" he said.

"It's not bad people here, just the circumstances that they think make them do certain things," he added. "What people deem the worst communities have the most beautiful people in there, but they just don't know how to manifest their beauty."