FDNY paramedic, 9/11 responder fatally stabbed in the line of duty in Queens: 'Heartbreaking and enraging'

New York City is mourning the tragic death of a longtime FDNY paramedic who was fatally stabbed while on duty in a Queens neighborhood Thursday afternoon.

Emergency Medical Service Lt. Alison Russo-Elling, 61, was on shift at EMS Station 49 in Astoria when she was stabbed multiple times in a "barbaric and completely unprovoked" attack near 20th Avenue and Steinway Street, FDNY Acting Commissioner Laura Kavanagh said in a joint news conference Thursday.

The deadly attack happened at approximately 2:15 p.m. while she was walking to get food. She was in uniform and clearly identified as an EMS member.

"This deadly, senseless, broad daylight attack on a uniformed EMT member is a direct assault on our society," NYPD Commissioner Keechant Sewell. "It is the latest consequence of the violence that we relentlessly fight in our city." 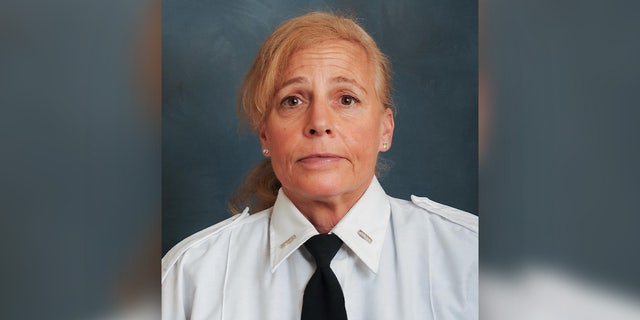 The 24-year FDNY veteran was taken to Mt. Sinai Queens Hospital in critical condition where she later died.

Sewell said this level of violence cannot be tolerated in New York and it "has to, and will be, stopped."

New York City Mayor Eric Adams said Thursday the city has lost one of its heroes who provided a service to NYC residents for over two decades.

"Every day they do their job in a manner in which many of us don't realize how dangerous it is," Adams said. "She was working for this city. She paid the ultimate sacrifice because of it."

Kavanagh added that EMS members solely help and save other people's lives, and to be fatally attacked while working to help others is "heartbreaking and enraging" in ways she cannot describe. 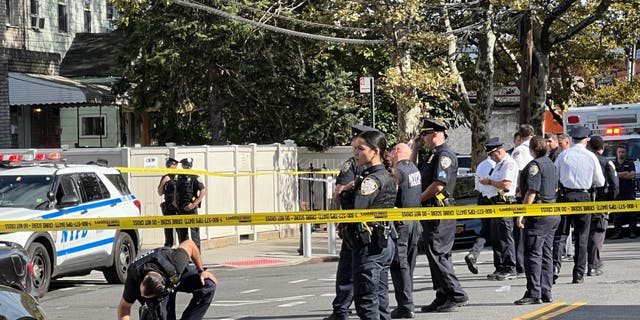 NYPD Chief of Detectives James Essig announced a 34-year-old man was arrested in the killing.

Essig said one of two people who witnessed the stabbing chased the suspect into his third-floor apartment nearby, where he barricaded himself. He was eventually talked out of his apartment by the Hostage Negotiating Team and Emergency Service Unit and taken into custody.

Mayor Adams said the suspect "will be held accountable for his actions." 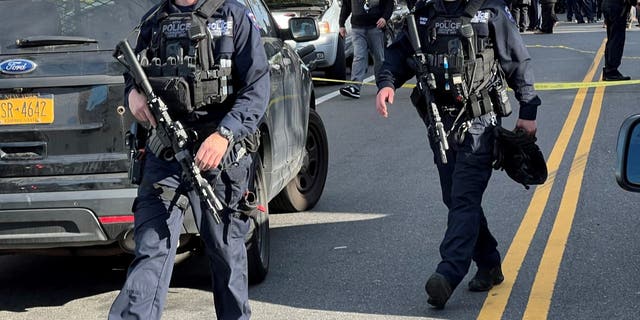 FDNY shared emotional photos Thursday night on Facebook of the lieutenant's dignified transfer from the hospital.

Dozens of first responders can be seen saluting the fallen paramedic as her flag-draped body was carried through the crowd and placed into the ambulance.

New York Gov. Kathy Horchul ordered flags at state buildings to fly at half-staff in Russo-Elling's honor starting at sunrise Friday, Sept. 30 and until her funeral service is over.

"We mourn the loss of Alison Russo-Elling, an EMT Lieutenant who was killed while on duty," Hochul said in a statement. "Our hearts are with her family as we honor her life and remember her as a hero. I know all New Yorkers are grateful for her service over more than two decades with FDNY and as a World Trade Center first responder." 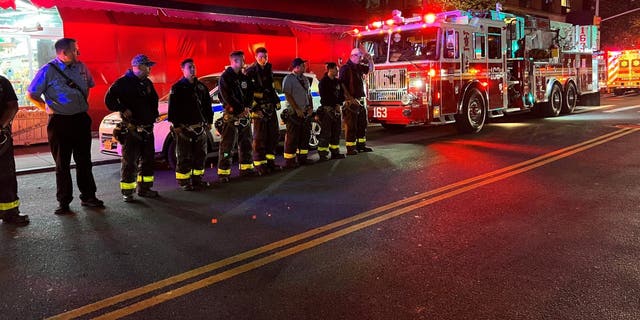 New York City firefighters line the street for the procession carrying the body of FDNY paramedic Lt. Alison Russo-Elling, who was fatally stabbed in the line of duty in Queens Thursday. (Peter Gerber)

According to FDNY, Russo-Elling joined the department as an EMT in March 1998 and became a paramedic in 2002. She was promoted to lieutenant in 2016.

During her career, she worked at multiple EMS stations, including Station 20, Station 17, Station 16, Station 45, Queens Tactical Response Group and Station 49.

Russo-Elling also assisted in rescue and recovery efforts at the World Trade Center on 9/11.

TUNNEL TO TOWERS NYC 5K: PARTICIPANTS HONOR AMERICA’S HEROES AS ‘ONE NATION’ FOR 21 YEARS IN A ROW

"She was absolutely beloved on this job," Kavanagh said. "Our hearts break for our entire department and her family."

Russo-Elling was a resident of Long Island. She leaves behind a daughter and her parents. 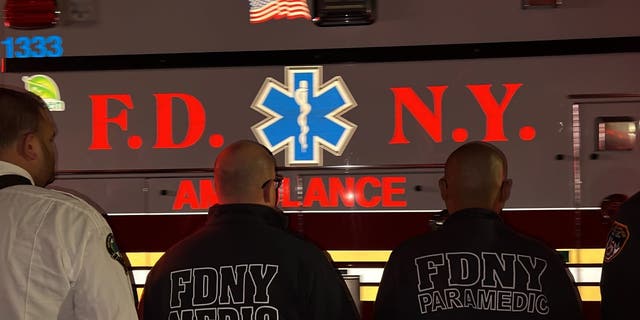 The slain paramedic is FDNY's 1,158th member to make the ultimate sacrifice in the line of duty.

Funeral arrangements have not yet been announced.