35+ Inspirational & Encouraging Quotes for Men in 2022

Being a man is accepting responsibility and exercising willpower to develop into the person you know you are capable of and ought to be. You can use this collection of inspirational quotations for men to guide you through your journey through life. 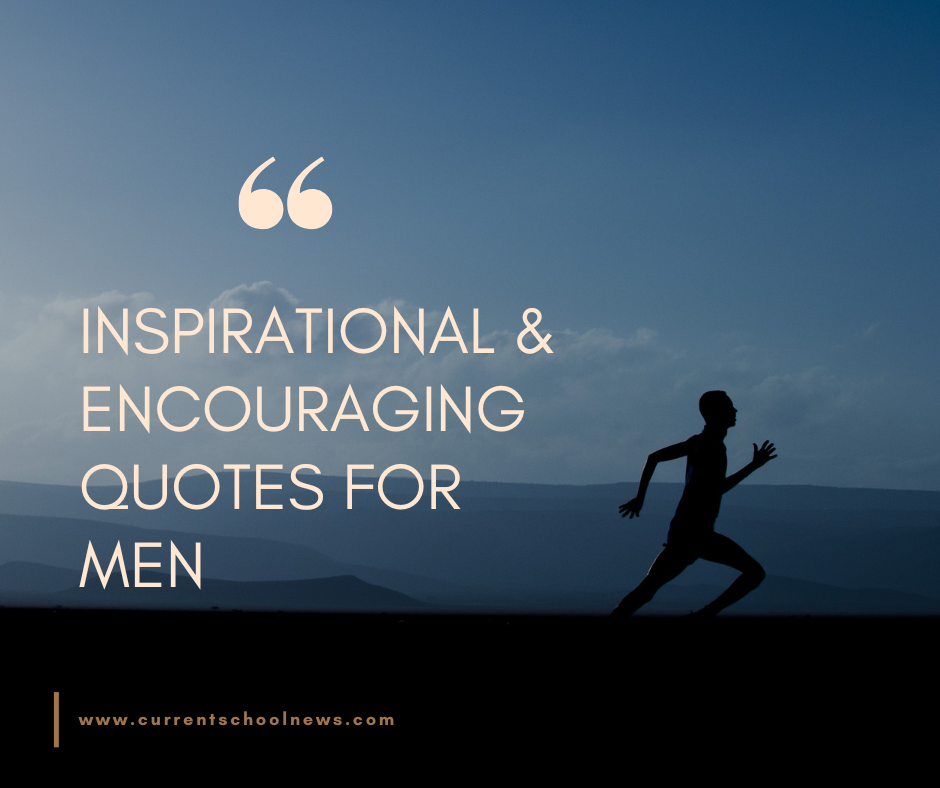 Why Do Men Need Encouraging Words?

Men typically don’t show their emotions, but they are nonetheless sentient beings. They require daily inspiration to help them persevere, just like everyone else in the world.

Many people believe that males are too tough to benefit from corny advice. Others think that seeking help or encouragement is a sign of weakness. They are embarrassed to admit that they are unable to handle things alone.

It’s about leveraging your influence as a man to help others and effect change for the better. There are numerous things you can do to improve as a man, even if you can never be flawless. There is always an opportunity for development and chances for expansion.

Men need quotes and words of encouragement because they need to feel that someone else is aware of their struggles.

They need to feel accepted and that expressing feelings or being moved by sentimental statements does not diminish their masculinity.

Go through this list of inspirational quotes for men. Use this to help them be better people in society.

1. “If one advances confidently in the direction of one’s dreams, and endeavors to live the life which one has imagined, one will meet with a success unexpected in common hours.” – Henry David Thoreau

2. “My future’s about trying to be a better man.” – Terrence Howard

4. “Don’t hide your scars, they make you who you are.” — Frank Sinatra

6. “You cannot dream yourself into a character; you must hammer and forge yourself one.” – James Froude

8. “A good man would prefer to be defeated than to defeat injustice by evil means.” – Sallust

10. “Just remember, there are no quick fixes. But, by taking action just a little bit every day, you will build up a powerful reservoir of confidence, self-esteem, and discipline.” – Scott Allan 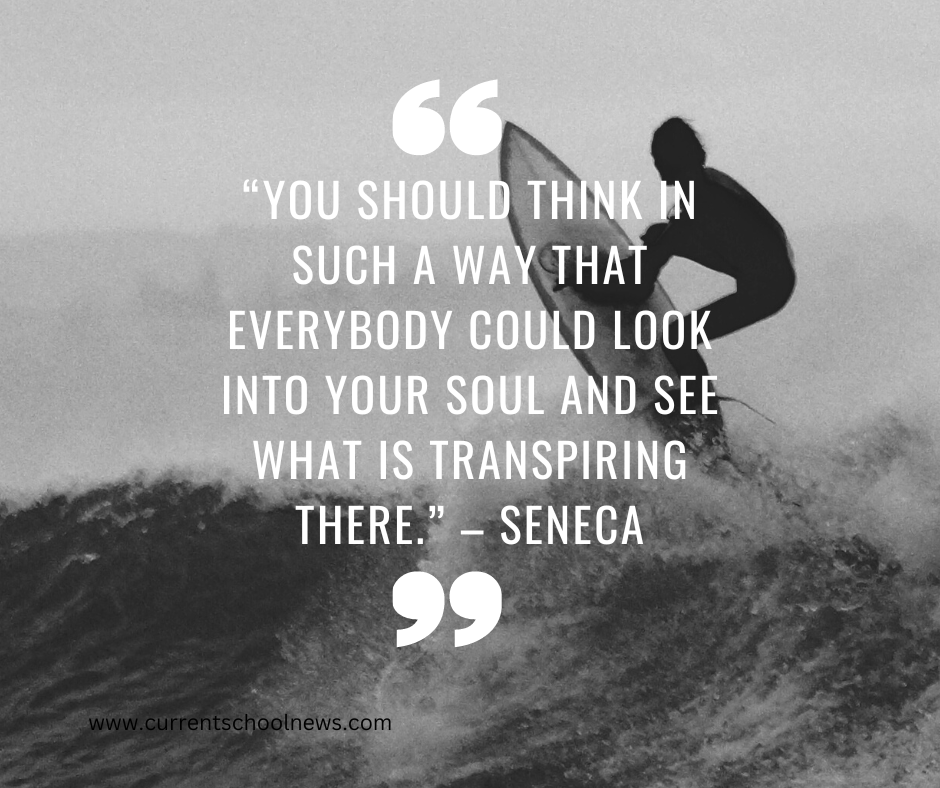 11. “You should think in such a way that everybody could look into your soul and see what is transpiring there.” – Seneca

12. “The difference between the impossible and the possible lies in a man’s determination.” – Tommy Lasorda

13. “Waste no more time arguing that a good man should be. Be one.” – Marcus Aurelius

14. “A man who is a master of patience is master of everything else.” – George Savile

15. “A man who is not a good friend to himself cannot be so to anyone else.” – John Lubbock

16. “The difference between the impossible and the possible lies in a man’s determination.” – Tommy Lasorda

18. “If a man can reduce his needs to zero, he is truly free: there is nothing that can be taken from him and nothing anyone can do to hurt him…And he or she can also be still.” – John Boyd

19. “A successful man is one who can lay a firm foundation with the bricks others have thrown at him.” – David Brinkley

20. “Progress is made in solitude; profit is made in public.” – Sven Schnieders

21. “Who is the happiest of men? He who values the merits of others, and in their pleasure takes joy, even as though t’were his own.” – Johann Wolfgang Von Goethe

22. “Experience is that marvelous thing that enables you to recognize a mistake when you make it again.” – Franklin Jones

23. “If a man can bridge the gap between life and death, if he can live on after he’s dead, then maybe he was a great man.” — James Dean

24. “Courage is not having the strength to go on; it is going on when you don’t have the strength.” – Theodore Roosevelt

25. “Associate with men of good quality if you esteem your own reputation; for it is better to be alone than in bad company.” – George Washington

26. “Keep away from people who try to belittle your ambitions. Small people always do that, but the really great make you feel that you, too, can become great.” –Mark Twain

27. “The first step to being a good man is this: You must deeply feel the burden of the stones some else [is] carrying.” – Mehmet Murat ildan

28. “Greatness lies, not in being strong, but in the right using of strength; and strength is not used rightly when it serves only to carry a man above his fellows for his own solitary glory. He is the greatest whose strength carries up the most hearts by the attraction of his own.” – Henry Ward Beecher

29. “A successful man is one who can lay a firm foundation with the bricks others have thrown at him.” – David Brinkley

30. “If you perform the sacrifice of doing your duty, you do not have to do anything else. Devoted to duty, man attains perfection.” – Bhagavad Gita 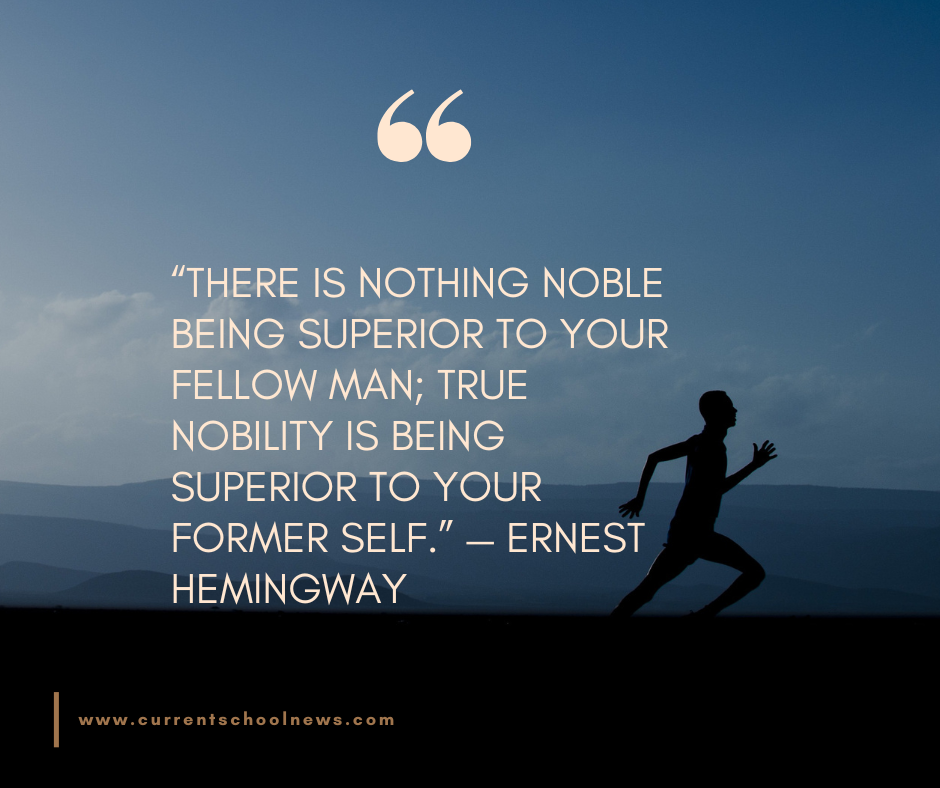 32. “A gentleman is one who puts more into the world than he takes out.” — George Bernard Shaw

33. “Great men do not play stage tricks with the doctrines of life and death: only little men do that.” — John Ruskin

34. “Champions come and go, but to be legendary you got to have heart, more heart than the next man, more than anyone in the world.” – Muhammad Ali

36. “Blessed is the man who perseveres under trial because when he has stood the test, he will receive the crown of life that God has promised to those who love him.” – James 1:12

37. “Do not pray for an easy life. Pray for the strength to endure a difficult one.” – Bruce Lee

39. “The ability to sell yourself and your skills and expertise will empower you and build confidence, not only within yourself but within all aspects of your career in general.” – Jack Warren

40. “Stick to the basics. Do your job. Avoid stupidity. Speak for yourself. Be attentive to details. Put results ahead of being right. Go to bed smarter than when you woke up.” – Shane Parrish

42. “Waste no more time arguing what a good man should be. Be one.” – Marcus Aurelius

43. “Manhood is the defeat of childhood narcissism.” – David Gilmore

44. “There is nothing with which every man is so afraid as getting to know how enormously much he is capable of doing and becoming.” – Søren Kierkegaard

45. “To be disciplined or non-disciplined is a choice you make every minute in every hour of your life.” – Russell Gerald Johnston

47. “A man who is a master of patience is master of everything else.” – George Savile

49. “The real man is one who always finds excuses for others, but never excuses himself.”― Henry Ward Beecher 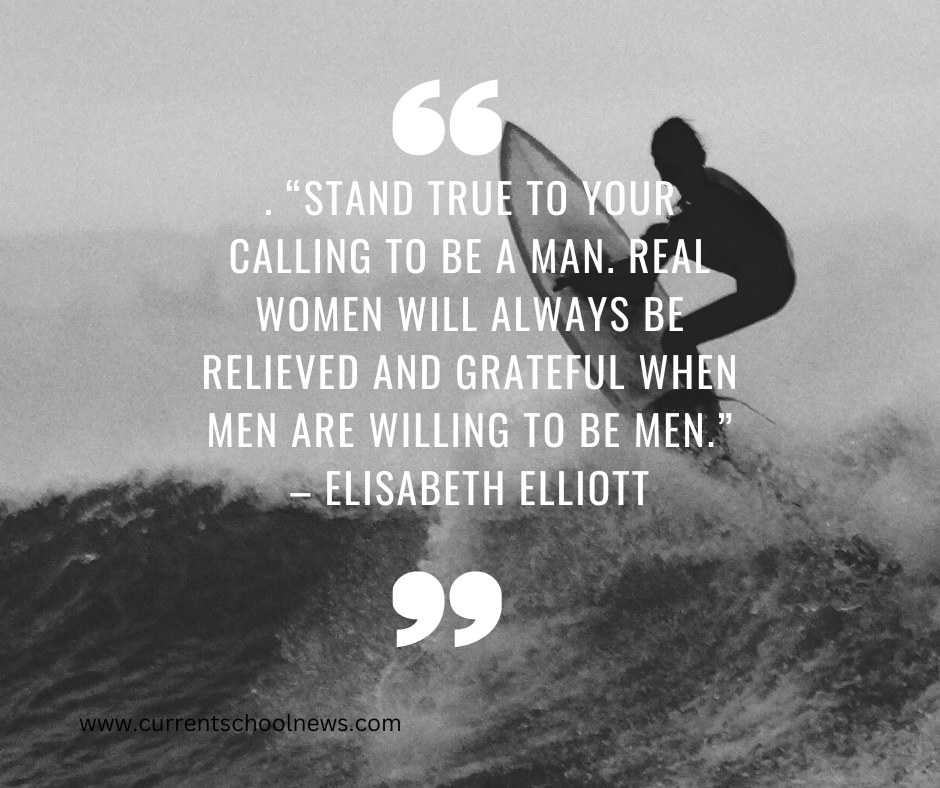 50. “Stand true to your calling to be a man. Real women will always be relieved and grateful when men are willing to be men.” – Elisabeth Elliott

51. “My idea of the modern stoic sage is someone who transforms fear into prudence, pain into information, mistakes into initiation, and desire into undertaking.” – Nassim Nicholas Taleb

52. “The true measure of a man is how he treats someone who can do him absolutely no good.” – Samuel Jackson.

53. “If a man does not keep pace with his companions, perhaps it is because he hears a different drummer. Let him step to the music which he hears however measured or far away.” – Henry David Thoreau

55. “But man is not made for defeat. A man can be destroyed but not defeated.” – Ernest Hemingway

56. “A young man without ambition is an old man waiting to be.” – Steven Brust

57. “As a general rule, it pays to be confident, helpful and nice.” — Colin Wright

58. “It takes a great man to give sound advice tactfully, but a greater to accept it graciously.” — Logan Pearsall Smith

59. “The man who has no imaginations has no wings.” — Muhammad Ali

60. “A great man is always willing to be little.” — Ralph Waldo Emerson

We all work hard to chase our aspirations and realize our goals because we are continually searching for pleasure and contentment as humans.

We all need motivation and inspiration, regardless of our gender. Everybody needs words of inspiration to go past their comfort zones and realize their full potential.

Every man desires to be respected. But in order for people to appreciate you more, you must first grow into the man you know you can be.

Although it’s easier said than done, you may develop into a man who moves forward with the appropriate goals.

The quotes above should have motivated you to develop into your best self. Also, do well to share this post with others.