The North Carolina sheriff’s deputy who was shot and killed has been identified as a 13-year veteran of the force who had been checking on "suspicious activity" when he was gunned down, officials said.

Wake County K9 Deputy Ned Byrd died shortly after 11 p.m. Thursday, when he was struck near Battle Bridge and Auburn Knightdale roads in Raleigh, according to authorities and a report from local affiliate FOX 8. Wake County Sheriff Gerald Baker told reporters on Friday that Byrd, 48, was patrolling the neighborhood in response to multiple 911 calls.

Investigator reportedly believe he stopped and exited his police vehicle after coming upon unspecified "suspicious activity."

"The dog was still inside the vehicle," Baker said, according to FOX 8, "which tells us that what he got out on didn’t appear to be any sort of threat or require any sort of need for his partner." 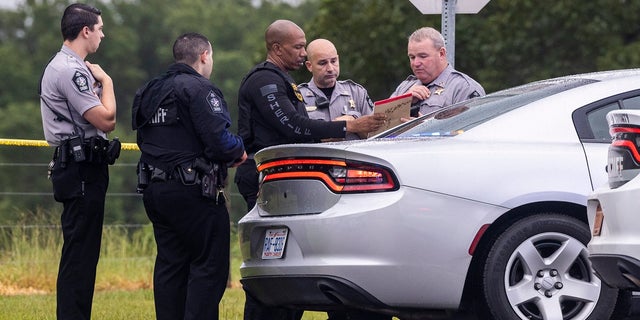 Wake County Sheriff deputies work at the scene where a deputy was shot and killed in eastern Wake County, N.C., near the intersection of Auburn Knightdale and Battle Bridge Road, Friday, Aug. 12, 2022. (Travis Long/The News & Observer via AP)

A Wake County deputy did not discover Byrd until two hours later, Baker said. He did not believe anyone had received any notification before then that Byrd had been shot, according to the report.

"We monitor officers all over the county and every car is equipped to track where they are," Baker reportedly said. 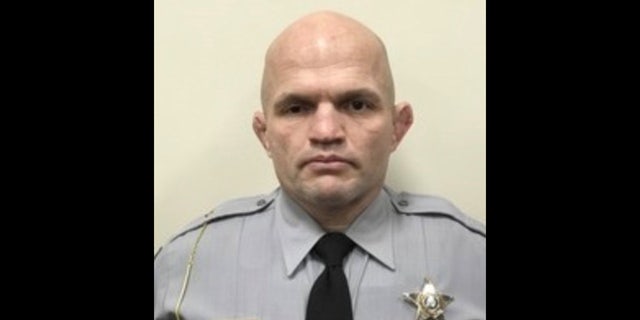 Byrd was shot multiple times and was dressed in protective gear, FOX 8 reported.

The sheriff added that investigators would use camera footage from Byrd’s vehicle to try to track down Byrd’s killer, who remained on the loose as of Friday afternoon.

Baker reportedly described Byrd as a "very dedicated and committed man." A sheriff's office spokesperson said Byrd joined the agency as a detention officer in July 2009 and was sworn in as a Wake County deputy sheriff in March 2018.

In reporting the loss early Friday morning, the emotional sheriff said it "breaks his heart" to report that one of their deputies had been fatally wounded.

Stephanie Pagones is a Digital Reporter for FOX Business and Fox News. Story tips can be sent to stephanie.pagones@fox.com and on Twitter: @steph_pagones.