A judge overseeing the second trial of two men accused of conspiring to kidnap Michigan Gov. Gretchen Whitmer took steps Friday to keep a lid on a defense lawyer's concerns about whether a juror will be fair.

U.S. District Judge Robert Jonker said any subsequent court filings about the issue will be sealed from the public and attorneys can't talk publicly about it.

Adam Fox, who lived in the Grand Rapids, Michigan, area, and Barry Croft Jr., who is from Bear, Delaware, are charged with planning to abduct the Democratic governor to ignite a national revolt in 2020. The trial began Tuesday after a different jury in April couldn't reach a unanimous verdict. Two other men were acquitted.

Croft’s attorney, Joshua Blanchard, claimed a juror had hoped to be selected for the trial and would ensure a certain verdict, according to a court document obtained by The Detroit News before it was sealed Friday in the online file. 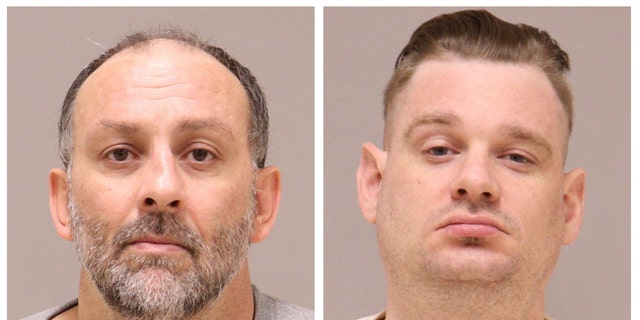 Barry Croft Jr., left, and Adam Fox are shown above. Jury selection started Aug. 9, 2022, in the second trial of the two men charged with conspiring to kidnap Michigan Gov. Gretchen Whitmer in 2020 over their disgust with restrictions early in the COVID-19 pandemic. (Kent County Sheriff's Office via AP)

Blanchard said in the filing that his source had "apparent credible identifying information regarding the juror which lent credibility to the assertions." He requested a hearing to investigate the matter.

In his order, the judge acknowledged the issue and disclosed that he twice met privately with lawyers. He said Blanchard's filing doesn't "accurately and completely" include available information.

"For now, the court expects to continue addressing the situation in non-public hearings and filings while the case is pending to limit the risk of mistrial," Jonker said.

Testimony resumed Friday in Grand Rapids with no changes in the jury box.