Kelly Hanna Goodlett, 35, is charged with one count of conspiring to violate Taylor's civil rights for her alleged role in falsifying an affidavit to search Taylor's apartment, which ultimately led to the 26-year-old's death.

Brandon Marshall, Goodlett's attorney, announced in court Friday that Goodlett plans to enter a guilty plea during her arraignment on Aug. 22, according to The Courier-Journal. 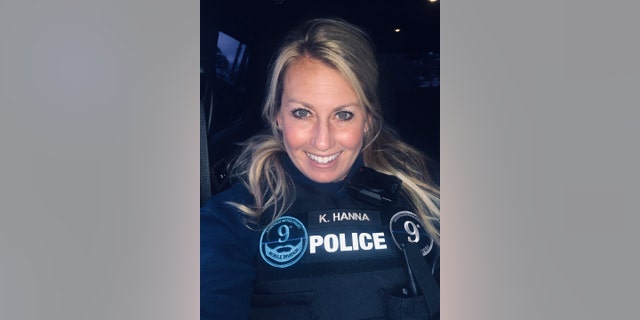 Kelly Hanna Goodlett, 35, is charged with one count of conspiring to violate the civil rights of Breonna Taylor for her alleged role in falsifying an affidavit to search Taylor's apartment. (LMPD Facebook)

Goodlett, an eight-year veteran of the LMPD, along with Meany, Jaynes and Hankison, were part of a police unit established in 2019 called Place-Based Investigations (PBI). The unit was tasked with investigating alleged narcotics trafficking in the West End area of Louisville, about 10 miles away from Taylor’s home, according to a federal complaint filed earlier this month.

The lawsuit further alleges that the warrant for Taylor's apartment contained falsified statements.

"On March 13, 2020, at approximately 12:45 a.m., LMPD officers who had not been involved in drafting the search warrant and who were unaware of the false statements in it executed the warrant at Taylor’s home," the complaint states. "When those officers broke down the door to the apartment, a guest in Taylor’s home (K.W.), believing that intruders were breaking in, immediately fired one shot with a handgun that he lawfully possessed, hitting the first officer at the door."

In response to the gunshot, two officers "instantly fired a total of 22 shots into the apartment, and one of those shots hit Breonna Taylor in the chest,," while a third officer moved to the side of Taylor's apartment and "fired ten more shots through a window and a sliding glass door," the complaint states.

Goodlett faces a prison sentence of up to five years for the charge, according to The Courier-Journal.