Hogan said the New York law pertaining to handguns "is virtually indistinguishable from Maryland law." As a result, Hogan said he was directing the Maryland State Police to immediately suspend use of the standard when reviewing applications for wear and carry permits.

"It would be unconstitutional to continue enforcing this provision in state law," said Hogan, a Republican. "There is no impact on other permitting requirements and protocols."

Maryland Senate President Bill Ferguson said the General Assembly will pass legislation in its next session "that adheres to the new precedent set by this Supreme Court while ensuring reasonable restrictions to keep our families and communities safe."

"Now more than ever in history, we must pass laws protecting all Marylanders from potential gun violence," Ferguson, a Baltimore Democrat, said in a statement after the governor's announcement. "The lethality of the weapons available for purchase has never been greater, and our laws must accurately reflect their danger."

Under Maryland law, a gun owner has had to show a "good or substantial reason" to carry a concealed gun. That could include showing a person’s life is in danger from threats or that they work in a job that could put them in contact with people who are dangerous.

Maryland Attorney General Brian Frosh, a Democrat, has said the Maryland law is similar to New York’s but they take different approaches. He has said the Supreme Court's ruling last month is being examined to determine its impact on the state. 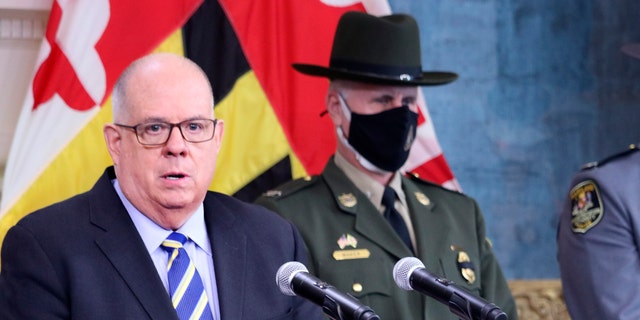 Opponents to the law in Maryland already have sued in a case that was on hold in the U.S. 4th Circuit Court of Appeals, pending the ruling in the New York case.

After the Supreme Court's ruling, about a half a dozen other states with similar laws have been weighing next steps.

As with New York, California, Hawaii, Maryland, Massachusetts, New Jersey and Rhode Island all have legislatures controlled by Democrats who could propose measures to ensure that guns will not be allowed in certain places.

Last week, New York lawmakers approved a sweeping overhaul of the state’s handgun licensing rules in hopes of preserving some limits on firearms after the Supreme Court ruled that most people have a right to carry a handgun for personal protection.

That measure, signed by New York Gov. Kathy Hochul, is almost sure to draw more legal challenges from gun rights advocates who say the state is still putting too many restrictions on who can get guns and where they can carry them.