A knife-wielding psychiatric patient fatally stabbed one man and wounded another inside a Las Vegas hospital Thursday, according to police.

Johansson said how the suspect, a man in his 40s, obtained the knife was under investigation.

The suspect’s name wasn’t immediately released by police and neither were the identities of the two stabbing victims, both men in their 20s.

Johansson said the suspect left his room early Thursday morning and went to an adjacent one and got into an argument with the first patient, who was in soft restraints when he was attacked and fatally stabbed. 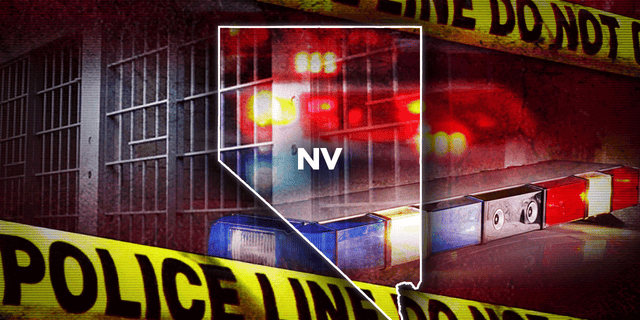 A Las Vegas psychiatric patient stabbed two people killing one. Investigators are looking into how the patient obtained a knife.

The assailant then went into a hallway and began stabbing a man who was on a gurney.

"That victim thankfully was able to get up and flee toward the exit door to that area of the hospital along with a charge nurse who was in that area," Johansson said.

The extent of the second man's injuries weren't immediately available.

"Within about a minute, security within the hospital responded to the area where the double doors are that are secured going into that area" and the suspect went back into his room, according to Johansson.

He said corrections officers happened to be at the hospital at the time on an unrelated assignment and they took the suspect into custody without incident.

Johansson said the stabbings occurred in an area where psychiatric patients receive treatment such as Legal 2000.

Authorities said people are placed on a Legal 2000 hold when they are considered a danger to themselves or others, and they can be held for up to 72 hours of psychiatric observation.