President Muhammadu Buhari on Thursday lauded the relations between Nigeria and Jamaica.

The Nigerian leader met with Jamaican Prime Minister Andrew Holness on the sidelines of the 26th edition of the Commonwealth Heads of Government Meeting (CHOGM).

His spokesman, Mr Femi Adesina quoted the President as saying, “Our relationship dates back in time, to generations ago. Thank you for strengthening it, particularly on the economic and political fronts,” Buhari said.

In his remarks, Holness said Nigeria had been very supportive of Jamaica, with the two countries having commercial agreements in place. 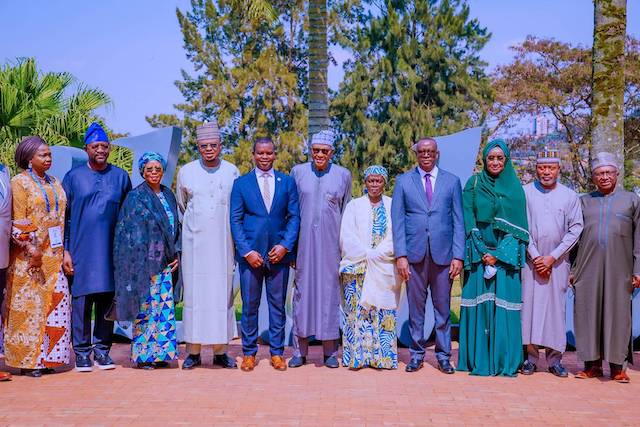 Holness added “The maiden flight from Lagos to Jamaica about two years ago was well received. We equally have relationships in the creative industry, sports and finance.”

While referring to a recent opinion article written by Buhari, and published in international newspapers, Holness said he agreed that the Commonwealth could be more than just a club of friends who have an affinity with the United Kingdom, “and become an economic powerhouse.

”All the elements are there; common language, large market, and many others. It can become a serious economic force” he added.