During the latest episode of MSNBC’s The Cross Connection with Tiffany Cross on Saturday, leftist police reform activist Brittany Packnett Cunningham claimed the recent Texas school shooting is further proof that America must abolish the police.

Cunningham told Cross she believed that law enforcement’s mistakes during the Uvalde, Texas school shooting – namely, reports that officers waited outside the classroom as the shooter committed his massacre – means policing as it currently stands needs to be gutted.

For the guest commentator, the Uvalde shooting essentially bolstered the Black Lives Matter "defund the police" narrative progressives adopted in the wake of the death of George Floyd in May 2020.

Cunningham stated, "I think, sadly, Uvalde is a terrible and tragic example of just how – not incompetent – but problematic the entire institution is." 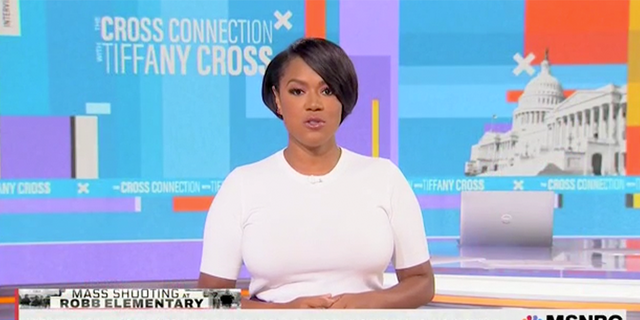 She then combined Black Lives Matter rhetoric with the Uvalde shooting to construct her new anti-police narrative. "If the police kill, taze and maim unarmed people because they fear for their lives and they won’t stop armed people from slaughtering children, then clearly the institution itself is not sound," she declared.

Cunningham continued, asserting that Uvalde’s putting too much money into its police budget for the school shooting response. "Uvlade provides 40% of their municipal budget to policing and I’m very sure that being tackled and handcuffed while you are trying to go in and rescue your own children is not what the residents of that town pay for," she claimed, referencing Uvalde parents who were arrested while attempting to go inside the school and save their children on Tuesday.

"It’s certainly not what taxpayers across the country think they are paying for," Cunningham added. 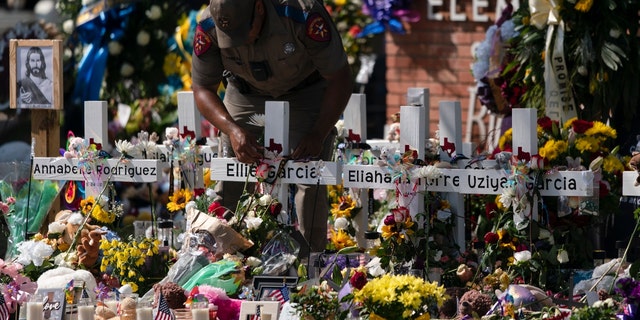 A state trooper places a tiara on a cross honoring Ellie Garcia, one of the victims killed in this week's elementary school shooting in Uvalde, Texas Saturday, May 28, 2022.  (Jae C. Hong)

The activist also mentioned how police "have spent many, many years and a lot of money actually litigating the fact that they do not have to endanger their lives if they don’t want to, which is fine. That’s a challenging thing to ask of anybody."

That being the case, Cunningham said we should stop honoring cops the way we have in the past. "But what that means is that we should stop telling people that’s what they do. We should stop leading with this ‘serve and protect’ idea, because that’s frankly not often how they function," she stated.

She then claimed, "We have to recognize that there is a culture in media and in television and in film that has created this incontrovertible narrative that police are perfect and they are heroes and everything they do is done with authority that should be respected without question." 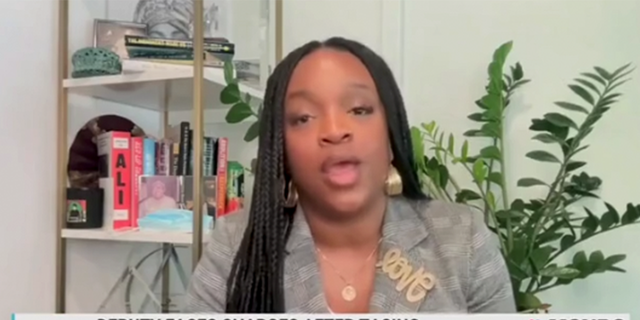 Cunningham provided alternatives to promoting respect for cops which included abolishing police. She stated, "Instead of the fact that we can look at other countries and recognize that at the very least, disarming police, demilitarizing police but really thinking creatively about how we abolish policing as we know it and really get to the meaning of public safety, that’s what our communities deserve."