Martha Stewart isn’t a big fan of Ina Garten’s recent Instagram comment about drinking more to get through the pandemic.

Stewart, 80, shared her thoughts about the suggestion in an interview with People magazine on Wednesday. Her disagreement with Garten’s drink philosophy stems from a comment the "Barefoot Contessa" left under Reese Witherspoon’s Instagram post from Jan. 10, where the Hollywood actress asked her follower to share four life-changing habits they practice or would like to work on.

The first habit Garten listed in reply to Witherspoon’s post was to "drink more large cosmos" – a reference to the viral large cosmopolitan cocktail recipe Garten shared to her Barefoot Contessa blog shortly after the pandemic began. The recipe, which was highly shared across social media in April 2020, requires two cups of vodka, one cup of triple sec, one cup of cranberry juice and half a cup of lime juice.

"I do not agree about taking to drink to cope with things like the pandemic," Stewart told People. "To me that's not charming."

INA GARTEN CLAIMS SHE DOESN’T DRINK MUCH, DESPITE HER GIANT COCKTAIL RECIPE

Stewart went on to tell the celebrity news outlet that she’s "not a big drinker" and mainly sticks to wine at dinnertime. She said she often puts ice cubes in her wine to extend the life of her beverage.

Instead of opting for large cosmopolitans, the lifestyle entrepreneur told People she has been kept busy with the launch of her new chardonnay collaboration with Australian winemaker 19 Crimes and luxury marketing firm Marquee Brands, which is set to debut in the U.S. on Feb. 1. 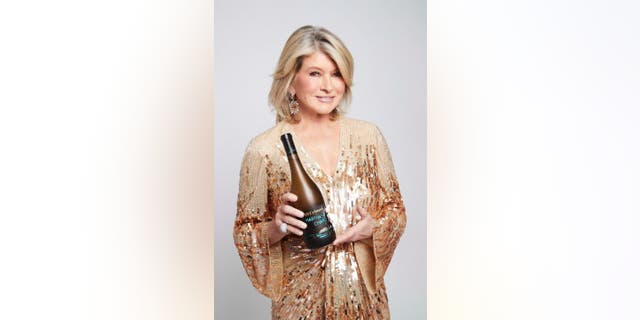 Martha Stewart is launching of a new chardonnay collaboration with Australian winemaker 19 Crimes and luxury marketing firm Marquee Brands. The wine line is called ‘19 Crimes Martha’s Chard' and is set to debut in the U.S. on Feb. 1, 2022. (Treasury Wine Estates/19 Crimes)

Stewart has also been busy with her farm in Bedford, New York, and keeps up her beauty routine with facial treatments at Mario Badescu. She's received a house-call haircut from celebrity stylist Fredric Fekkai and eats more meals at home, according to People.

"The pandemic has been OK to me physically because I haven't been eating out as much," she reportedly told the outlet. "I've lost some weight. I feel good." 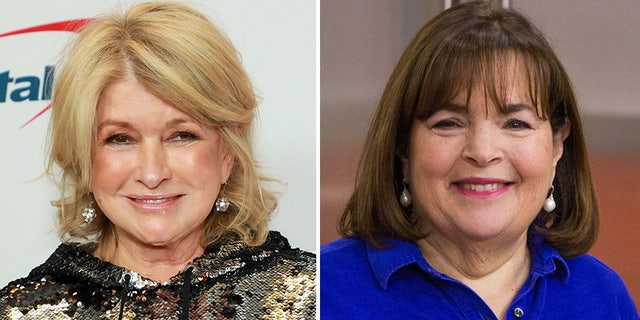 Martha Stewart isn’t a big fan of Ina Garten’s recent Instagram comment about drinking more to get through the pandemic. (Getty Images)

Fox News Digital reached out to media representatives for Stewart and Garten for comment. Neither party immediately responded.

It’s unclear if Garten, 73, was joking in her response to Witherspoon, but she arguably could be.

The rest of the cookbook author’s list of life-changing habits include "[staying] up late watching addictive streaming series; [staying] in bed in the morning playing Sudoku instead of reading a good book; [and spending] more time (safely) with people you love."

Garten quipped, "In a pandemic, I do what I can!" 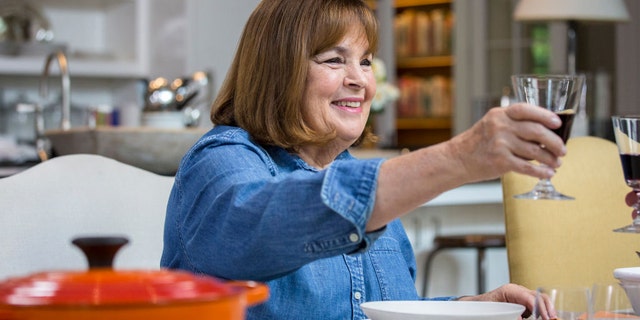 Ina Garten said she likes to 'drink more large cosmos' in a reply to Reese Witherspoon’s Instagram post on life-changing habits. The comment was reference to the viral large Cosmopolitan cocktail recipe Garten shared to her Barefoot Contessa blog shortly after the pandemic began. In later interviews, Garten has said she makes more cocktails for work than she actually drinks. (Mike Smith/NBCU Photo Bank/NBCUniversal via Getty Images)

An updated data set published by the National Institute on Alcohol Abuse and Alcoholism shows that monthly per capita sales for spirits, wine and beer have been steadily on the rise in 14 states from December 2020 to April 2021. Harvard Medical School has also found that women have been drinking more during the COVID-19 pandemic, according to a study the university published last year.