Greg Gutfeld: Americans sacrificed everything to get rid of Trump, and their lives are now much worse

Happy Tuesday, everyone. But is it really happy?

Not when it's day two of "JoeBidenSoOfAB----GateAgeddonInsurrection."

Yes, it was just 24 hours ago, the world was rocked by an insidious, foul-mouthed display of incoherent rage. It was the slanderer-in-chief lashing out at our very own Peter Doocy, who was simply gathering information for a school book report.

DOOCY: Do you think inflation is a political liability ahead of the midterms?

PRESIDENT BIDEN: That's a great asset — more inflation.  What a stupid son of a b----.

In case you missed it, let's do it again.

The original S.O.B., salty old Biden strikes again. Of course, the target of his wrath was the one reporter who asked questions Joe can't answer on autopilot.

Fox News' Peter Doocy, or as we like to say, our very own, like we raised him in a plastic bubble. We took a clipping from Steve Doocy, then let Miracle-Gro do the rest.

Doocy, known for his hair and his lengthy rap sheet, was noticeably shaken up.

DOOCY: Somebody came up to me in the briefing room a few minutes later and said, "Did you hear what the president said?" And I said, no, what? They said, "He called you a stupid S.O.B.," and I said, "Did he say S.O.B.?" And the person said, "No."

Well, maybe he's not that shaken up. Doocy, who just turned 16 last week, is home recuperating, spending most of his time in his bedroom, playing video games, smoking blunts, and texting Kilmeade about the hot new girl in homeroom.

Now, since this event, the so-called president has called Mr. Doocy to clear the air, which, when talking about Joe, usually involves opening a window and the use of at least 75 Glade plug-ins. 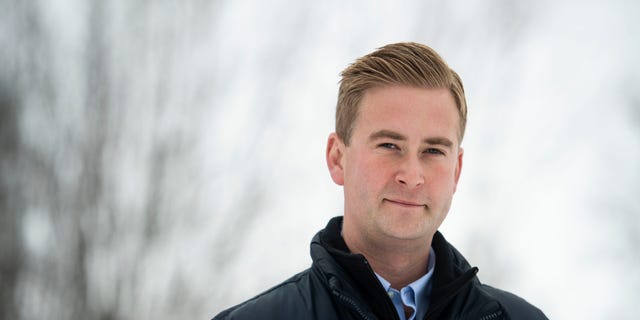 Apparently, it was a perfect phone call, although odds are good Joe was still talking 10 minutes after Peter hung up.

But what a pair: Reporter who's never shaved and a president you wouldn't let near anything sharp.

Because when Biden called Doocy an S.O.B., what did he do? He reminded you of the good old days when the only problems we had were verbal.

Yeah, let's take a walk down Memory Lane or Insult Avenue, if you will, to the glorious days of old with the only things hurled through the air were words and not Russian missiles pointed at Kiev.

FORMER PRESIDENT DONALD TRUMP: You're not a very good reporter doing that. … Crooked Hillary Clinton. … Here I am, I'm lyin' Ted Cruz. … To the fake Pocahontas. … I warned about Sleepy Joe Biden. … Crazy Bernie. … Don't worry about it, Little Marco. … Little Pencil Neck Adam Schiff. … I know you're trying to build up your energy, Jeb, but it's not working very well. … With Jeb's attitude, we will never be great again, that I can tell you. … I love babies. Actually, I was only kidding. You can get the baby out of here. … This really stupid guy, Chuck Todd. … Get that son of a b---- off the field right now. Out, he's fired. Fired! … Honestly, I think you should let me run the country, you run CNN. Alright. And if you did it well, your ratings …

Those were the days when the only stress we felt were from Trump's relentless, full-throated insults. It was like we had Don Rickles as president.

His rallies weren't so much rallies as they were roasts. The only thing missing was Dean Martin and Foster Brooks.

And it reminded you that it was not just a problem — it was really the only problem. Well, besides that rash I got in Tulum.

But there was no inflation, no high crime, unless you count the coddled left-wing mascots Antifa and BLM. No foreign policy disasters, no education implosion, no attacks on parents, no dividing America into us-vs.-them based on vaccinations, race, or pronouns.

All we had were mean tweets and some hilarious insults. So what would you rather be doing, paying $7 a gallon for gas, or listening to Trump call Bette Midler a washed-up psycho?

Would you rather have bare supermarket shelves, or have your president say of kneeling NFL players, "Get those S.O.B.s off the field."

You were free to get mad or laugh it off. Well, unless you were Rosie O'Donnell.

I want more of that and less of the other real problems. I mean, what if Joe just got more Trumpian and less, well, Biden-y. I wonder what Joe has to say.

FAUX BIDEN: What did I say, what I said is stupid son of a b---- — that's an expression. It's an expression, and I say it all the time, and I don't mean anything by it. I said it to my cream of wheat this morning because she burned my tongue. I said, "You stupid son of a … " Then I apologized. I leaned over the bowl and I like to let the steam come up and I smell it. It's very nice. I said, "Oh, my sweet Farina. I'm sorry. I didn't mean to say such a thing." That's what I call her on a good day. My sweet Farina. On a bad day, I call her a punk-a-- ----- pony soldier.

It illustrates what so many people in the media and entertainment got so wrong about Trump. 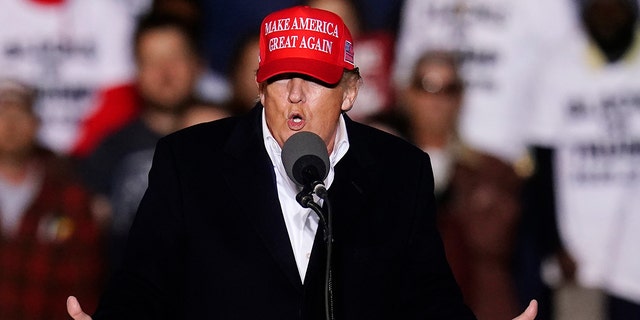 The derangement made him think that his words were his deeds, so they tossed out a guy who did pretty good stuff, but with a cab driver's mouth, replacing him with a supposedly genial but declining, mindless mess.

Turns out the new guy is about as genial as a scorpion with jock rot. What I wouldn't give for the cab driver.

Instead, we got Grandpa Simpson driving us off a cliff. Meanwhile, the same idiots who castigated Trump for calling journalists names are now heaping praise, or at least excusing Joe for the very same thing.

It shows Joe's tough. He's got backbone, even though it's crumbling from osteoporosis.

Putin's so scared he might even put a shirt on. So the press either has the memory of a goldfish, or just biased a-h----. My apologies to literal a-h----.

So in one brief moment, Joe reminded us what we had and what we lost, and now what we are stuck with. But also, the president sets the tone and sadly, it's contagious.

SKIT OF GUY BENSON TO DANA PERINO: Hey, queen, I just want to let you know that on Instagram, all your photos of Percy are so cute. Give that little stupid son of a b---- a scratch for me, OK? Stupid son of a b----. … Hey, Jesse, congratulations on the new show — the ratings.

JESSE WATTERS: Are you surprised they gave it to me?

BENSON: That's a stupid question. Of course, I'm surprised. You're a brain-dead son of a b----. It's not personal, pal.

You know, I mentioned before that the great comedian Jim Gaffigan said he'd vote for Joe Biden's corpse over Donald Trump, which is funny because he already did.

The only thing left is the cremation in November, and it served as just one selfish example of those who crusaded Trump out of office.

They wanted their emotional damage reduced, even if it meant electing someone who would usher in real damage, be it domestic or international.

Sure, they didn't have to endure the tweets or the barbs, and that helped them get to sleep. But in this trade-off, our actual physical lives are remarkably worse.

Whether it's rampant criminality, kids forced to wear unnecessary masks, or a possible hot war now with Russia.

And so they sacrificed everything to get rid of the orange man who made them feel bad, even though his greatest real estate deal was living rent-free in their heads.

This article is adapted from Greg Gutfeld's opening monologue on the January 25, 2022 edition of "Gutfeld!"