Anambra Police Command has declared 21 people wanted over the kidnap of Igwe Oliver Chike Nnaji and the murder of two others.

DSP Ikenga Tochukwu, Police Public Relations Officer of the command in a statement on Wednesday urged the general public to report to the nearest Police Station, if any of wanted people are seen around.

Igwe Oliver Chike Nnaji is the monarch of Ogwuaniocha,ogbaru L.G.A.

“Therefore, the Command urges the general public to report to the nearest Police Station incase if any of the names and pictures attached below are seen around. 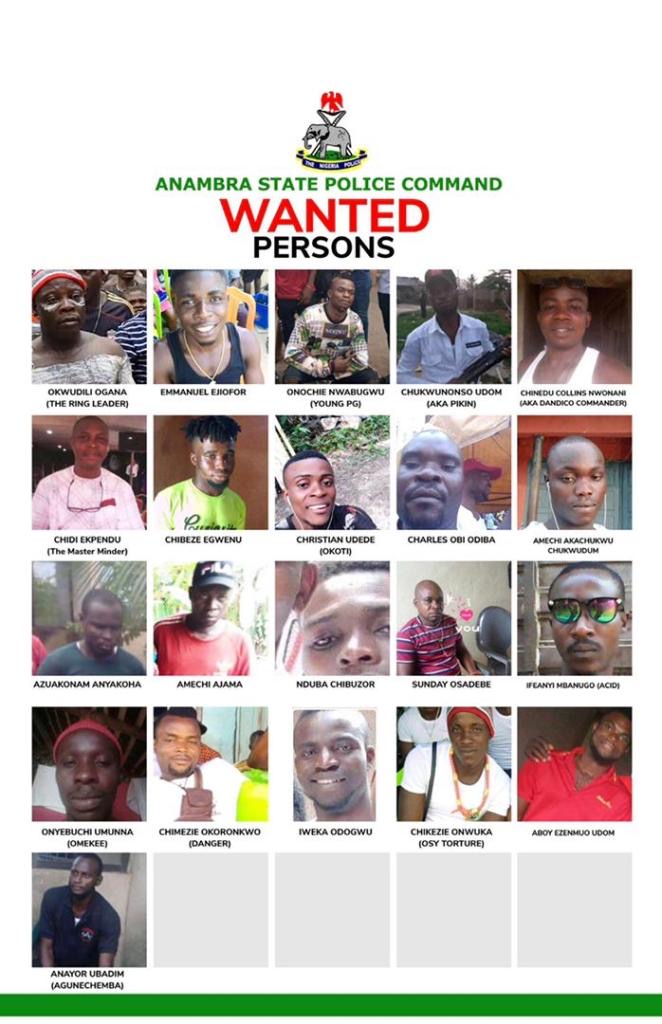