Police under siege: 3 officers killed, 2 more wounded in weekend bloodshed across the country

It was a grim weekend for police and law enforcement officers, as at least five died or were wounded in four separate incidents across the country, according to officials.

The manhunt continues for two of the suspects behind the bloodshed that began in New York City on Friday, and continued through Monday morning in Washington, D.C. and Texas, according to officials.

One officer was killed and a second was gravely injured in New York City, while another was shot in D.C.

And a fourth officer, a corporal, was fatally wounded during a traffic stop in the Houston area – not far from where a fifth person, a sheriff’s sergeant, was struck by a hit-and-run driver during an off-duty motorcycle escort hours later, according to authorities.

After the first of two police deaths reported in Texas's Harris County over the weekend, Constable Ted Heap told reporters: "We have got to put an end to this."

The investigation continues for each of the incidents below.

New York Police Department officers Jason Rivera, 22, and 27-year-old Wilbert Mora were among the three cops responding to a report of a domestic violence incident in Harlem, New York, around 6:30 p.m., involving a mother and her adult son.

Rivera could not be saved, while Mora was fighting for his life.

"It is our city against the killers," Mayor Eric Adams told reporters that night. "This was not an attack on three brave officers. This was an attack on the city of New York.

McNeil used a high-capacity magazine and Glock handgun, both of which were found to have been stolen, police said.

Officer Mora, who suffered a gunshot wound to the head, was transported from one New York City hospital to another on Sunday evening. He remained in grave condition as of Monday morning.

A viewing service for fallen Officer Rivera was scheduled for Thursday from 1 p.m. to 8 p.m. Thursday, with a funeral at 9 a.m. on Friday. Both events are scheduled to be held at St. Patrick’s Cathedral.

Then, two police officers were injured in separate incidents on other ends of the country on Sunday.

First, a constable for Texas’s Harris County was shot and killed during an early morning traffic stop in southwest Houston.

According to authorities, Harris County Cpl. Charles Galloway was conducting a traffic stop around 12:45 a.m. when he was gunned down and left for dead, police officials told reporters after the attack.

According to Houston Police Chief Troy Finner, witnesses said Galloway stopped a white Toyota Avalon and the suspect "got out of his vehicle and immediately fired upon the deputy multiple times, striking him, and then drove off."

Witnesses described the gunman as having used an "assault-type weapon," Finner said.

"This is senseless. It makes no sense whatsoever," Finner said Sunday.

Galloway, a 12 and a half year veteran, had no time to respond to the gunfire, officials have said. He left behind a sister and a daughter.

Finner told reporters on Monday that the local district attorney's office had filed capital murder charges against Oscar Rosales, 51, who remained on the loose as of the afternoon. Officials are offering a reward of up to $60,000 for information leading police to Rosales. 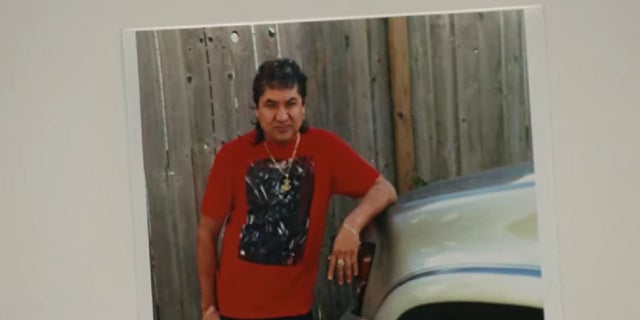 "I can tell you right now, we have video evidence of him shooting our constable, and I want everybody to get into the fight of finding him," he said. "This is our community."

Finner said authorities are working with federal, local and state law enforcement to find Rosales. The police chief said Rosales is known to change his appearance, but warned that he is "armed and is dangerous."

Hours later in northwest Washington, D.C., officers with the Metropolitan Police Department were in the area of 14th St and Quincy Street around 9 p.m. when they spotted a man who "appeared to be very suspicious in terms of his behavior," Police Chief Robert J. Contee III said. When they approached the man, he "fired several shots" and wounded one officer, Contee said.

The wounded officer was "conscious and breathing" when he was rushed to the hospital and was not believed to have suffered life-threatening injuries, Fourth District Watch Commander Lieutenant Sayvon Weinfeld told Fox News Digital on Sunday.

The suspect fled after the attack and a manhunt was underway as of early Monday afternoon.

Police did not immediately believe any officers returned fire.

An off-duty Harris County sheriff’s sergeant was assisting a heavy-load vehicle just before 1 a.m. when he was struck by what police suspect was an intoxicated driver, Harris County Sheriff Ed Gonzalez said.

Sgt. Ramon Gutierrez was escorting the vehicle in the area of East Sam Houston Parkway North and Tidwell Road and had hopped off his motorcycle to block the exit ramp when a 40-year-old driver maneuvered around his bike and struck him. She fled the scene but was later arrested, Gonzalez said.

Gutierrez, a 45-year-old with 20 years on the job, was airlifted to a local hospital, but could not be saved.

The crash was reported less than 24 hours after Galloway, a fellow Harris County law enforcement officer, was fatally shot roughly 30 miles away.