NFL needs to change its overtime format, here are some ideas

Today, social and sports media are abuzz with topics such as the three last-second field goals in the Divisional Round of the NFL playoffs, the futures of Aaron Rodgers and Tom Brady, Ryan Tannehill’s season-ending interception, the Packers’ woes on special teams, Andy Reid’s boneheaded play-calling, questions about whether Josh Allen is actually human, and Patrick Mahomes’ 13-second heroics.

Yet even with all these juicy issues, the NFL’s overtime rules are still the lead story. 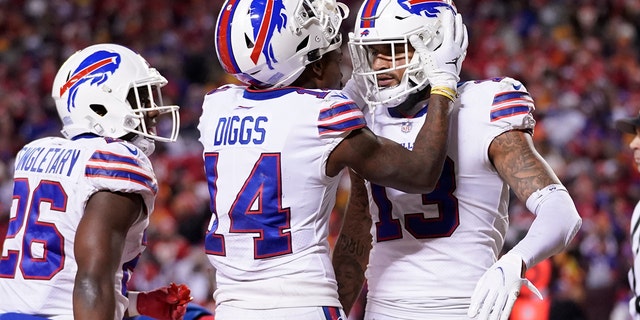 The Chiefs defeated the Bills in overtime after winning the coin toss. Because Kansas City scored a touchdown on the first drive, Buffalo never touched the ball in OT. Remember, the Chiefs had not stopped Josh Allen for nearly 30 straight minutes of regulation. So had the Bills won the coin toss, Allen would have likely scored once again and sent the Chiefs home. A 50-50 coin toss decided the outcome of a pivotal playoff game.

Even Chiefs coach Andy Reid, the beneficiary of the overtime format last night, shunned the rules on Monday.

"It was great for us last night, but is it great for the game?" Reid wondered.

When an NFL rule rears its head in the season’s waning moments the league often goes into the offseason considering a change. The pass interference rule change after the 2018 NFC Championship Game is yet another recent example. Ergo, I suspect the NFL will revisit its overtime format after the Super Bowl. 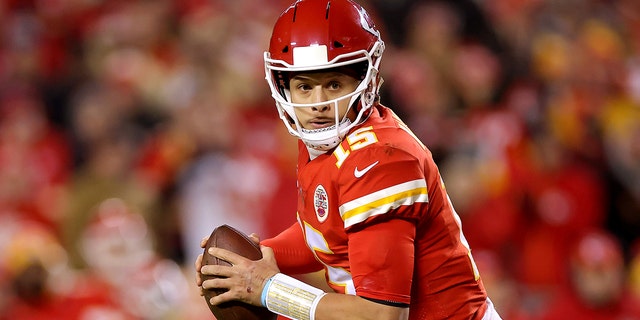 Patrick Mahomes #15 of the Kansas City Chiefs looks to pass against the Buffalo Bills during the second quarter in the AFC Divisional Playoff game at Arrowhead Stadium on January 23, 2022 in Kansas City, Missouri. (David Eulitt/Getty Images)

Until 2010, teams could win a playoff game in overtime by scoring a field goal on the opening drive, as the Saints did to win the 2009 NFC Championship Game. In response, the NFL changed its overtime rules to the current format just months later.

The NFL’s current overtime rules are as follows:

If the team that gets the ball first and scores a touchdown, it wins. If the defense forces a safety, the team with the ball loses. If neither a touchdown nor safety occurs, the game becomes sudden death.

The league has several options to consider — all of which are perhaps flawed but probably better than the current iteration.

— The NFL could guarantee that each team has at least one possession, though that still benefits the team that wins the coin toss since they could then win the game on their second possession.

— The NFL could also make overtime a full quarter, and whichever team has the highest score after the additional 15 minutes wins the game. However, an extra full quarter increases the chances of injuries. To address that concern, the NFL could adopt this rule only for the playoffs and leave the regular season as is.

— Of course, there’s the college overtime format. A goofy red zone back-and-forth that’s fun but also undermines the rest of the game.

— Finally, the Ravens proposed another format last season, which the league rejected. Perhaps it’s worth revisiting.

"At the result of the coin toss, one team spots the ball on the field for the start of an overtime period (which begins from there without a kickoff). Then, the other team chooses whether to start on offense or defense from that spot. The overtime proceeds as either sudden death or a timed period (7 minutes, 30 seconds) to determine the winner. 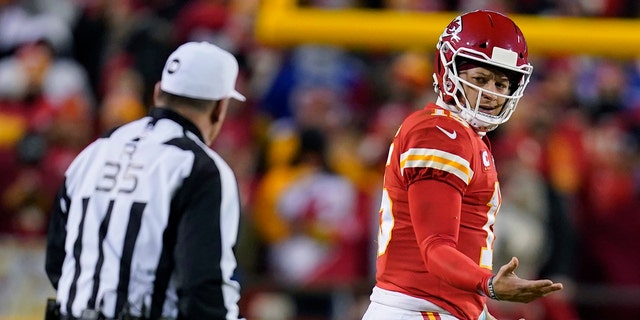 Think Divide and Choose, a children’s game in which one kid breaks a cookie into two pieces and the other gets to choose which piece to take.

Whatever else happens, we can expect the NFL to look at several options before the start of next season. The league knows it can’t continue to have coin tosses decide championships and legacies.

But which format should it choose? Let us know in the comments below: