MLB negotiators meet in person for 1st time since Dec 1

Negotiators for locked-out baseball players and management met in person Monday for the first time since Dec. 1, the day before the start of the sport's first work stoppage since 1995.

Veteran reliever Andrew Miller was the only player to attend the two-hour bargaining session.

The players’ association planned to make a counteroffer to management, 11 days after clubs gave the union a proposal when the snail-paced negotiations resumed following a 42-day break.

There is dwindling time to reach an agreement in time for spring training to start as scheduled on Feb. 16.

The scheduled March 31 opening day is also increasingly threatened, given the need for players to report, go through COVID-19 protocols and have at least three weeks of workouts that include a minimal number of exhibition games.

Players don’t receive paychecks until the regular season, and owners get only a small percentage of their revenue during the offseason. Those factors create negotiations that are a game of chicken until mid-to-late February, when significant economic losses become more imminent. 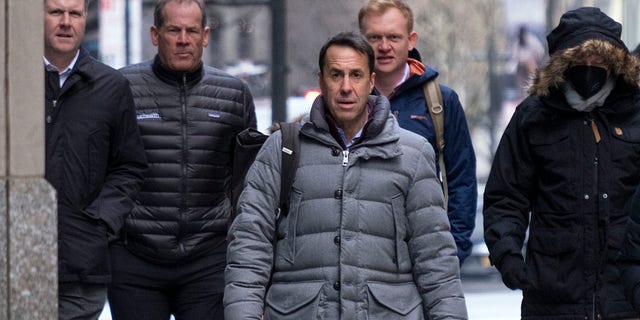 Unhappy with a 4% drop in payrolls to 2015 levels, players have asked for significant change that includes more liberalized free agency and salary arbitration eligibility.

Management says it will not consider changes to free agency, salary arbitration or revenue sharing but made the latest offer in an attempt to propel talks.

Six seasons of major league service have been required for free agency since 1976. Salary arbitration eligibility since 2013 has been three seasons plus the top 22% by service time of players with at least two years but less than three years.

MLB has proposed replacing the "super two" arbitration group with additional spending for the entire two-plus class based on performance. Players have proposed expanding eligibility to all players with at least two seasons.

Players also want to reduce revenue sharing, which would take money away from smaller-market teams and allow large-market clubs to retain a higher percentage of cash — presumably to be spent on salaries.

Teams also want to expand from 10 postseason teams to 14, and players have offered 12.

Both sides have proposed a draft lottery aimed to spur competition on the field but differ on how many teams to include.

In their latest proposal, teams offered to address the union’s concern over club service-time manipulation by allowing a team to gain an additional draft pick for an accomplishment by a player not yet eligible for arbitration, such as a high finish in award voting.