A CNN White House reporter accused Republicans of a nationwide effort to make it "easier to steal elections" in an "analysis" piece published Friday.

Stephen Collinson bemoaned President Biden's tough week after he was dealt twin blows from the legislative and judicial branches: moderate Democratic Sens. Joe Manchin of West Virginia and Kyrsten Sinema of Arizona, maintained their opposition to eliminating the filibuster to advance Biden-backed election legislation, and the Supreme Court struck down his mandate on large businesses to vaccinate or test employees.

On the seeming death blow to Biden's hopes for a sweeping election law overhaul, Collinson wrote, "Democrats will lose a chance to halt the other big current conservative power play -- a nationwide effort by GOP-run states to make it harder to cast ballots and easier to steal elections, which is rooted in ex-President Donald Trump's voter fraud lies."

His rhetoric about Republicans possibly stealing elections comes on the heels of Biden's explosive address this week pushing a pair of federal voting overhauls that conservatives argue would usurp states' rights and destroy election integrity. Biden painted the debate as nothing short of a battle between good and evil, saying opponents of the legislation were effectively segregationists.

Biden's stark racial rhetoric drew some liberal praise but largely criticism from the middle and right sides of the aisle, with even anti-Trump voices accusing him of being divisive and historically illiterate by comparing Republican voter laws to Jim Crow.

"Many of these laws essentially repealed the changes made to account for the pandemic," The Dispatch's Jonah Goldberg wrote of GOP state voting changes. "A reasonable person can argue that they should all be made permanent, I suppose. But a reasonable person cannot plausibly argue that returning our voting practices to those in effect in 2018—when Democrats had sweeping victories—is proof that democracy is on the cusp of being eliminated and that anyone who supports the status quo ante of 2018 is taking the side of Jefferson Davis and Bull Connor. " 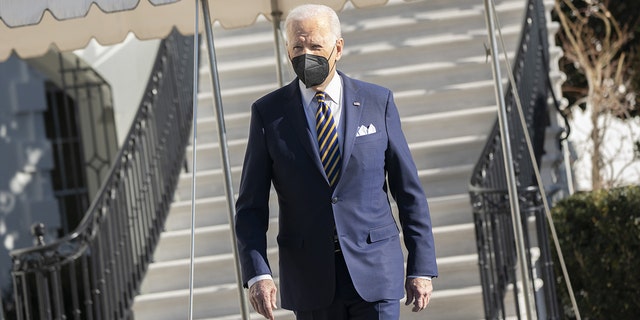 U.S. President Joe Biden walks on the South Lawn of the White House before boarding Marine One in Washington, D.C., U.S., on Tuesday, Jan. 11, 2022. (Chris Kleponis/CNP/Bloomberg via Getty Images)

Collinson used similar language last year, writing in June that Republicans across the country were "making it harder to vote and easier to steal elections."

CNN has repeatedly decried Trump and Republican allegations that the 2020 election was "stolen," with many in the media calling it the "big lie." GOP election challenges to Biden's 2020 victories in various battleground states have all failed.

Collinson also fumed over the Supreme Court's 6-3 conservative majority on Friday, arguing it was obtained by an "illegitimate application of power."

Despite Biden's party holding the White House and slim majorities in the House and U.S. Senate, he argued Biden faced "a wall of conservative power, accrued over years and wielded with a ruthlessness and zeal for rule-breaking that his own party has rarely matched."

"The conservative majority is the project of a decades-long ideological quest on the right,," Collinson wrote. "There's nothing un-American about using elections and democratic majorities to change the balance of the court. But the final leap to that goal showed the kind of relentless and even illegitimate application of power and indifference to the principles of democracy with which Republicans have become synonymous."

Collinson hasn't tried to hide his affinity for the current administration. In another analysis piece, he declared the president's infrastructure push a "window into Biden's soul." Ahead of Biden's first joint address to Congress, Collinson heralded his "moderate radicalism."