"Justice for Daunte Wright!" reads a marquee at Minneapolis’ George Floyd Square, towering over what used to be a gas station across the street from where Derek Chauvin knelt on George Floyd’s neck on Memorial Day 2020.

At the fortified police station in Brooklyn Center, someone installed letters to spell out "Daunte Wright" in all caps on a barricade erected around the perimeter.

But Wright, before his death, left behind a trail of victims whose lives he upended with gun violence of his own. 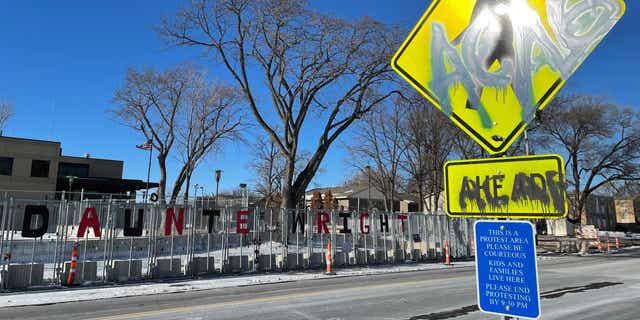 Graffiti across the street from the barricaded Brooklyn Center Police Department headquarters in the suburb outside Minneapolis. (Michael Ruiz/Fox News Digital)

"Karma’s a b----," two such women told Fox News Digital Monday, unprompted and in separate interviews.

The victims said they would have preferred Wright face consequences for his actions in a court of law – while also arguing that his own decision in attempting to flee a lawful traffic stop contributed in part to his shooting death on April 11.

Caleb Livingston was 16 years old when Wright allegedly shot him in the head at the Full Stop gas station on Minneapolis’ Lowry Avenue. Initially, doctors told Caleb's mother that he wouldn’t survive surgery after the attack. He pulled through -- but he can’t talk or walk. He suffers from unresponsive wakefulness syndrome and requires around-the-clock assistance. 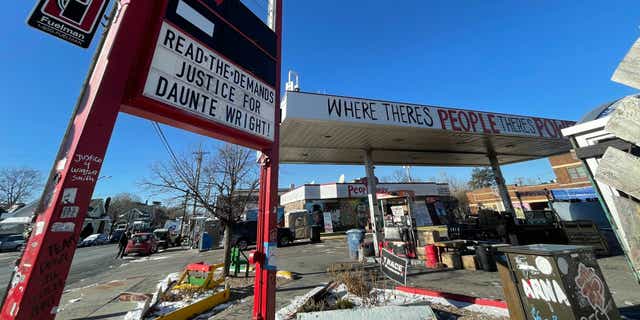 "Justice for Daunte Wright!" reads a marquee at Minneapolis’ George Floyd Square, towering over what used to be a gas station across the street from where Derek Chauvin knelt on George Floyd’s neck on Memorial Day 2020. (Michael Ruiz/Fox News Digital)

"I pray for everybody involved because there’s a loss of life," Livingston's mother Jennifer LeMay told Fox News Digital Monday. "I know what [Wright’s] parents are going through, because I almost lost my son…Now, who [Wright] was before he was killed, it is what it is." 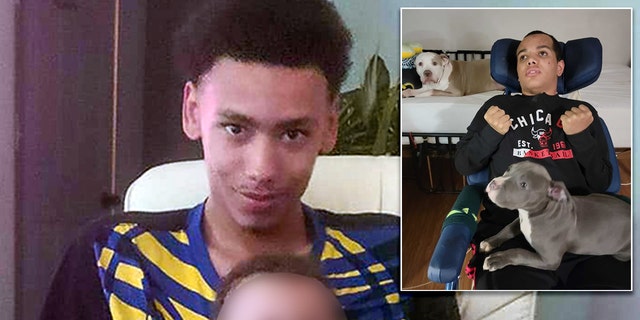 The inset photo provided by Livingston's family illustrates the extent of Caleb Livingston's injuries after Daunte Wright allegedly shot him in the head at a Minneapolis gas station.

In December 2019, Wright and a friend, Emajay Driver, stayed over at a young woman’s apartment after a night of drinking and smoking pot. The following morning, after Driver saw her slip $820 into her bra, Wright allegedly pulled out a handgun, choked her twice and tried to rob her.

After an ensuing struggle, Wright and Driver left empty-handed, unbeknownst to the victim, who believed they’d taken her hard-earned cash until she called 911 and found it still tucked away within her torn clothes.

"That person was evil, and he didn’t care about me in that moment," the survivor told Fox News Digital on Monday.

Video obtained exclusively by Fox News Digital earlier this year shows Wright playing with a handgun in her bathroom moments before the attempted robbery. He recorded it himself, and police seized it from his phone. 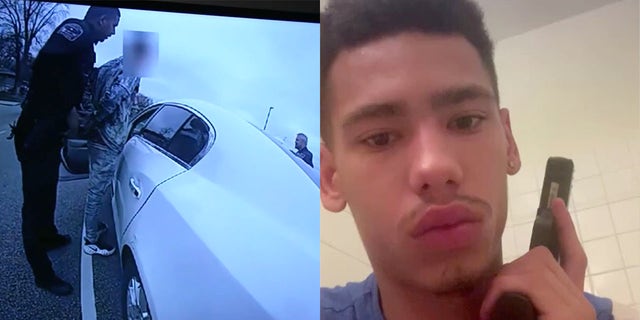 Daunte Wright, the 20-year-old Minnesota man who was killed in a police-involved shooting in April, recorded a selfie video of himself playing with a handgun in a woman’s bathroom shortly before he allegedly shoved it in her face and robbed her. (Osseo Police Department)

"It’s ironic that he died the way he could’ve killed me – having a gun pointed toward him, whether it was accidental or not accidental," the victim said. "It just it made me start to think, how many more people could he have almost killed?"

Driver, an acquaintance of the victim from school, took a plea deal in the robbery case in December 2020, according to court documents. Wright died before his case went to trial.

Three weeks before his deadly encounter with Potter, Wright and an accomplice allegedly shot former classmate Joshua Hodges in the leg and stole his car, according to the lawsuit. The accomplice’s bullet allegedly broke his fibula, struck an artery and left permanent damage. 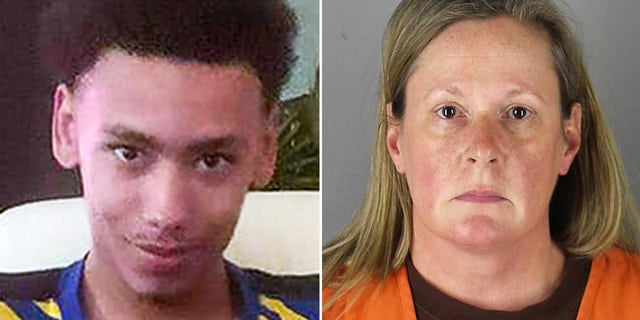 "[Wright] was accidentally killed by a Brooklyn Center police officer on April 11, 2021, approximately three weeks after his crimes against [Hodges]," the civil complaint reads. "After that accidental death, a false narrative began establishing [Wright] as a young person that young people looked up to, when in fact a warrant was in place for his violations of law on bond for a past crime. [He] had previously chosen a life of crime."

Wright, an alleged gang member, was also accused of waving a black handgun near a Minneapolis intersection before ditching it and fleeing on foot, eluding responding officers. When police pulled him over in April, they found he had an active warrant in that incident and attempted to arrest him.

Bodycam video shows an officer, later identified as a trainee under the Potter’s guidance, struggling and failing to apprehend Wright, who slipped back into the driver’s seat.

Potter shouted "Taser" multiple times, but drew her handgun, firing a single shot into Wright from just a few inches away. The car jerked forward, then crashed up the road. Wright died and his girlfriend, Alayna Albrecht-Payton, was injured.

The police-involved shooting death sent shockwaves through Minneapolis and the surrounding community – prompting weeks of protests.

Crump and the Wright family’s legal team have described the accusations against him as "character assassination."

Potter’s defense attorneys have argued that the shooting was an accident.

"The State can’t prove any offense by playing the video, which shows an accident," her defense attorney, Paul Engh, wrote in a court filing ahead of the trial. "The prosecution can’t win on Officer Potter’s shouts of ‘Taser, Taser, Taser,’ words meaning she was going to use her TASER, so as to not harm Mr. Wright. Nor for reasons of her enormous after-the-fact regret of what could not have been a conscious act."