Native Americans mourn on Thanksgiving: 'No reason to celebrate'

Members of Native American tribes from around New England are gathering in the seaside town where the Pilgrims settled — not to give thanks, but to mourn Indigenous people worldwide who’ve suffered centuries of racism and mistreatment.

"We Native people have no reason to celebrate the arrival of the Pilgrims," said Kisha James, a member of the Aquinnah Wampanoag and Oglala Lakota tribes and the granddaughter of Wamsutta Frank James, the event’s founder. 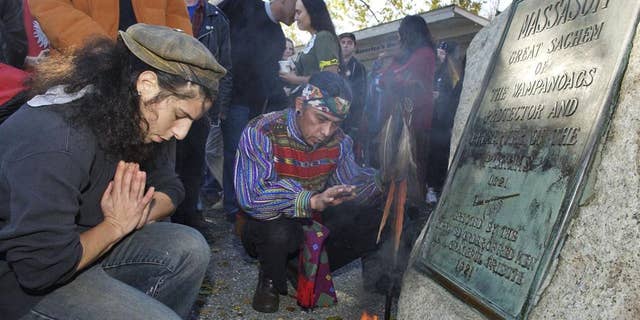 Supporters of Native Americans pause following a prayer during the 38th National Day of Mourning at Coles Hill in Plymouth, Mass., on Nov. 22, 2007. Denouncing centuries of racism and mistreatment of Indigenous people, members of Native American tribes from around New England will gather on Thanksgiving 2021 for a solemn National Day of Mourning observance. ((AP Photo/Lisa Poole, File))

THANKSGIVING TURKEY: WHAT THE CDC SAYS NOT TO DO BEFORE COOKING A BIRD

"We want to educate people so that they understand the stories we all learned in school about the first Thanksgiving are nothing but lies. Wampanoag and other Indigenous people have certainly not lived happily ever after since the arrival of the Pilgrims," James said.

"To us, Thanksgiving is a day of mourning, because we remember the millions of our ancestors who were murdered by uninvited European colonists such as the Pilgrims. Today, we and many Indigenous people around the country say, ‘No Thanks, No Giving.’"

It’s the 52nd year that the United American Indians of New England have organized the event on Thanksgiving Day. The tradition began in 1970.

The story comes as multiple colleges' student and alumni groups across the country encouraged students to treat Thanksgiving as a day of remembrance for Native Americans, with the George Washington University Student Association sending an email to students Monday stating that "Thanksgiving day is a reminder of the genocide of millions of Native people."

"Although we recognize the importance of giving thanks and spending time with family and friends, we must also recognize that Thanksgiving for many in our community is a day of mourning," the email stated.

"Starting in 1970, many Americans, led by Indigenous protesters, believed that Thanksgiving should be rededicated as a National Day of Mourning to reflect the centuries-long displacement and persecution of Native Americans. The recent shift from Columbus Day to Indigenous Peoples Day reflects a changing national mood," the event description states. "Should Americans reconsider Thanksgiving when wrestling with our country’s complicated past?"

Indigenous people and their supporters gathered at noon in person on Cole’s Hill, a windswept mound overlooking Plymouth Rock, a memorial to the colonists’ arrival. They will also livestream the event.

Participants beat drums, offered prayers and condemned what organizers described as "the unjust system based on racism, settler colonialism, sexism, homophobia and the profit-driven destruction of the Earth" before marching through downtown Plymouth’s historical district. 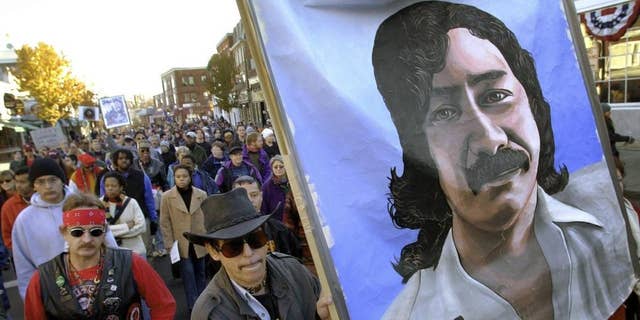 Marchers carry a large painting of jailed American Indian Leonard Peltier during a march for the National Day of Mourning in Plymouth, Mass., on Nov. 22, 2001. Denouncing centuries of racism and mistreatment of Indigenous people, members of Native American tribes from around New England will gather on Thanksgiving 2021 for a solemn National Day of Mourning observance. ((AP Photo/Steven Senne, File))

This year, they highlighted the troubled legacy of federal boarding schools that sought to assimilate Indigenous youth into White society in the U.S. as well as in Canada, where hundreds of bodies were reportedly discovered on the grounds of former residential schools for Indigenous children.

Brian Moskwetah Weeden, chairman of the Mashpee Wampanoag Tribal Council, said on Boston Public Radio earlier this week that Americans owe his tribe a debt of gratitude for helping the Pilgrims survive their first brutal winter.

"People need to understand that you need to be thankful each and every day — that was how our ancestors thought and navigated this world," Weeden said. "Because we were thankful, we were willing to share ... and we had good intentions and a good heart."

That wasn’t reciprocated over the long term, Weeden added. 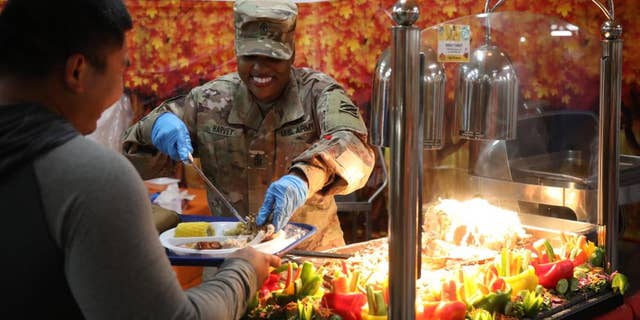 "That’s why, 400 years later, we’re still sitting here fighting for what little bit of land that we still have, and trying to hold the commonwealth and the federal government accountable," he said.

"Because 400 years later, we don’t really have much to show for, or to be thankful for. So I think it’s important for everyone to be thankful for our ancestors who helped the Pilgrims survive, and kind of played an intricate role in the birth of this nation."