After serving six-and-a-half years with the Seattle fire department, 38-year-old Andy Pittman tells Fox News that he’s been pulled off his duty as an engine driver after choosing not to get vaccinated by the city’s October 18 deadline, citing religious and moral convictions.

Pittman is now scrambling to sustain a livelihood to support his wife and their four year children – all under fourteen years old.

"The stress and turmoil is definitely pretty significant," Pittman told Fox News. "My wife has a recent diagnosis of Chron’s. Trying to figure out insurance and adjust our life in ways we never anticipated."

Pittman says he is a Christian and was granted a religious exemption from Seattle’s vaccine mandate, but was removed from working his regular operations job and placed on admin duty until December, when he anticipates his employment will inevitably end unless he gets vaccinated. 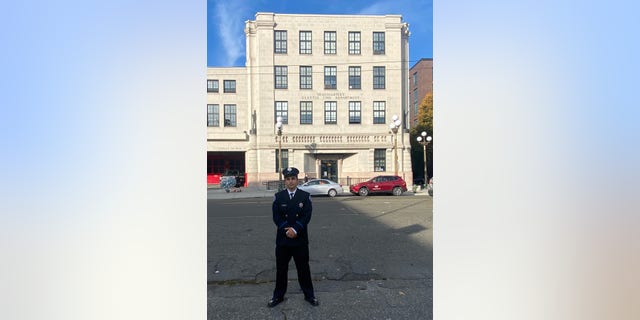 "It’s an emotional thing," Pittman said about longtime colleagues being stripped of their jobs with each other. "We’re losing family over this… there’s a deep tear."

Pittman, who clarifies that he’s not speaking on behalf of the fire department, explained that he doesn’t want to get the vaccine because he’s developed antibodies after he and "just about everyone" in his family got COVID-19. He also feels that  safety precautions on the job provide an added layer of protection.

"The PPE we’ve all worn the past twenty months is highly effective, so I just don’t see any good reason for it. I’m young and healthy," Pittman said. "I also trust my natural immunity."

As of October 22, the Seattle Fire Department reports that more than 94% of its 1,081 employees are vaccinated, not including employees on long-term leave. 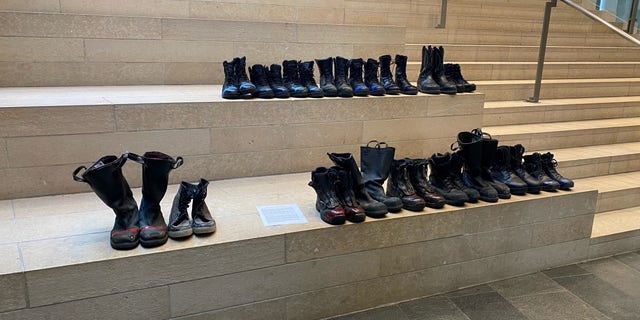 The boots of firefighters who resigned from the Seattle Fire Department. Courtesy of Andy Pittman. (Andy Pittman)

Sixty-three employees have submitted exemptions, fifty-five religious, eight medical. Seven employees did not submit either a vaccine verification or exemption form, according to SFD.

Seattle Fire confirms to Fox News that Pittman is currently an employee but it cannot disclose an individual employee’s exemption status.

A spokesperson from SFD directed Fox News to its policy that reads "… employees who have submitted an exemption will be on leave and unable to work until the accommodation process is complete or a member chooses to get fully vaccinated … if the exemption is denied or cannot be accommodated the employee will have the option to seek a Loudermill or can choose to become vaccinated." 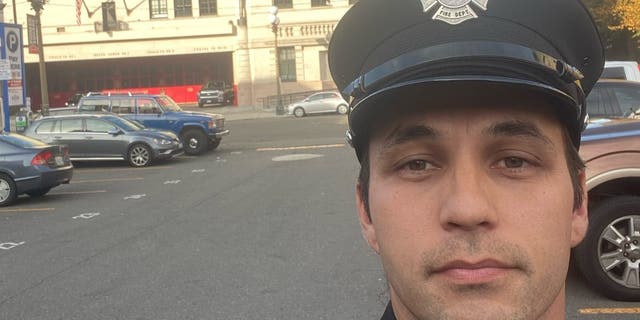 Pittman says he will not get vaccinated and will not resign. He brought his son with him to personally return his work boots to the city and is currently working on starting up an excavation and tree-cutting business.

"I would be hard pressed to stay there. I feel like I’m being bullied based on my religion," Pittman said. "Our administration has made it very unhospitable."

Seattle Mayor Jenny Durkan wrote in a statement, "Seattle has the lowest cases, hospitalizations, and deaths of every major city while having one of the highest vaccinations rate because we have followed the science and advice of public health officials."

Fox News previously reported on Seattle city employees facing a pending vaccine deadline and nearly one thousand fire fighters in Los Angeles that are currently threatening to sue the city if they are fired without due process for not getting vaccinated.