The shooting death of cinematographer Halyna Hutchins on the set of the Alec Baldwin movie "Rust" is a haunting reminder of what can go wrong on set.

Santa Fe County Sheriff’s officials said the 42-year-old and director Joel Souza were shot Thursday on the rustic film set in the desert on the southern outskirts of Santa Fe. Authorities confirmed that a prop firearm discharged by Baldwin, 63, killed Hutchins and wounded Souza, 48.

Hutchins was airlifted to the University of New Mexico Hospital, where she was pronounced dead by medical personnel, the sheriff’s department said. Souza was taken by ambulance to Christus St. Vincent Regional Medical Center and has since been released. Production was halted on the film.

The shooting death of cinematographer Halyna Hutchins on the set of the Alec Baldwin movie 'Rust' is a haunting reminder of what can go wrong on set. (Photo by Mat Hayward/Getty Images for AMC Networks)

As authorities investigate the tragedy, industry leaders will look for ways to avoid similar tragedies.

On-set fatalities have led to safety reform in the past. Here are some of the most devastating accidents from over the years.

In 1982, actor Vic Morrow and two child actors, Renee Shinn Chen and Myca Dinh Le, were killed while filming a scene set in Vietnam for a film based on the hit TV series, "Twilight Zone." The helicopter came down after debris from explosions staged during the scene rose 100 feet in the air and damaged the aircraft’s rotor. 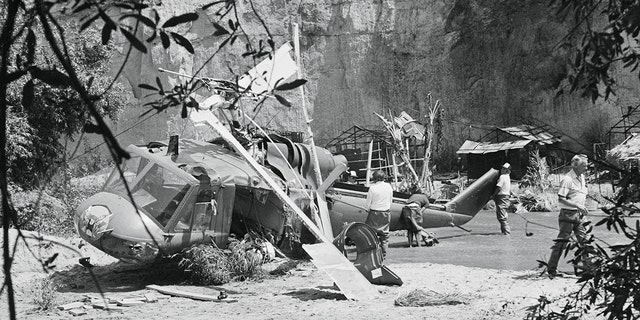 In a rare case of prosecutors targeting a film production for on-set deaths, director John Landis and four others were acquitted of involuntary manslaughter charges. The families of the child actors settled civil lawsuits years later, and federal agencies enacted new rules for filming with helicopters.

In 1984, actor Jon-Erik Hexum was killed on the set of his TV series "Cover Up" after he accidentally shot himself in the head with a gun loaded with blanks. His mother Gretha Hexum filed a wrongful death suit against Twentieth Century Fox Television and Glenn Larson Productions in Superior Court. In the suit, the matriarch said the star should have been warned about the dangers of blank cartridges. A few years later, Gretha won an undisclosed out-of-court settlement. 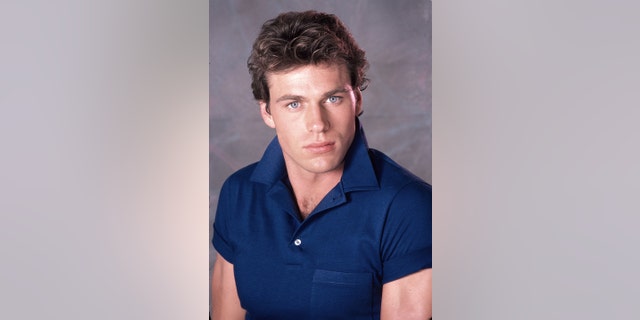 In 1993, actor Brandon Lee died after he was shot in the abdomen while filming a scene for "The Crow." The gun was supposed to have fired a blank, but an autopsy turned up a bullet lodged near his spine.

Money and safety issues, including severe burns suffered by a construction worker, already had plagued the production. A makeshift bullet was mistakenly left in a gun from a previous scene and struck Lee during a scene that called for using blank rounds.

OSHA fined the production $84,000 for violations found after Lee’s death, but the fine was later reduced to $55,000. "The Crow" grossed more than $50 million. Before the "Rust" tragedy, Lee’s death was the last recorded accidental death by a prop gun on a movie set. 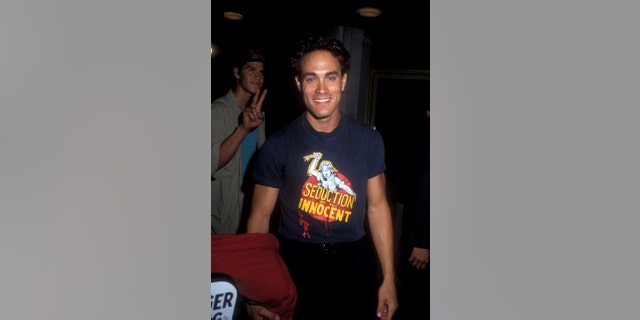 Actor Brandon Lee, the son of legendary martial artist Bruce Lee, passed away on March 31, 1993. He was 28. (Photo by Barry King/WireImage/Getty Images)

In 2013, an early morning helicopter crash in a remote river valley north of Los Angeles killed three people filming a planned reality TV series for the Discovery Channel. The filming took place on a moonless night, and the pilot wasn’t wearing night-vision goggles at the time of the crash.

Federal investigators later determined that a light used to illuminate an actor’s face in the cockpit hampered the pilot’s ability to fly. However, the National Transportation Safety Board faulted the pilot, who was among those killed, for flying in unsafe conditions. The agency later rescinded its determination that a Federal Aviation Administration inspector failed to recognize the risks involved when he approved plans for the shoot.

In 2014, camera operator Sarah Jones was run over by a train during the filming of a Gregg Allman biopic in rural Georgia. The death of Jones, 27, and the injuries of other crew members hit by pieces of a metal bed frame that was on the train tracks as part of the production, put a heightened industry focus on film set safety. 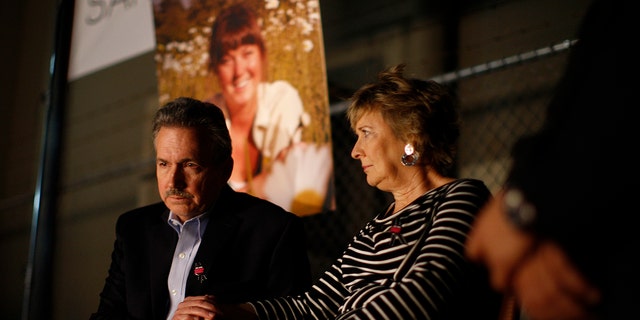 Parents Richard and Elizabeth Jones attend a memorial for their daughter Sarah Jones, an assistant camerawoman who was killed by a train while shooting the Gregg Allman biopic film, ‘Midnight Rider,’ on March 7, 2014 in Los Angeles, California. The remembrance of the 27-year-old camerawoman is organized by members of the International Cinematographers Guild and the production community who want to highlight the importance of safety over a production's schedule or budget. The accident which occurred February 20 on a train trestle over the Altamaha River in Georgia and injured seven other crew members.  (Photo by David McNew/Getty Images)

The crew filming "Midnight Rider" did not have permission to be on the tracks. They were also not expecting a train while filming the bed scene. Consequently, prosecutors filed criminal charges against the film’s director, who pleaded guilty to involuntary manslaughter and criminal trespassing charges. He was sentenced to two years in jail but released after a year and fined $74,900 by OSHA. Jones’ parents created a foundation dedicated to improving safety on film and television shoots.

In 2014, an audio technician recording a police shootout for the long-running TV reality series "Cops" was struck and killed in Omaha, Nebraska. The death of Boston native Bryce Dion prompted the U.S. Occupational Safety and Health Administration to recommend additional training and safety instruction for the show’s crew members, including on how to film shootings from farther away. OSHA also recommended removing bonus incentives that encourage workers to take risks to capture more action-packed stories.