A New York City man accused in the grisly slayings of three elderly women who lived in the same Brooklyn housing project killed them over arguments about money, authorities said Thursday.

Kevin Gavin, 66, committed the slayings in the Carter G. Woodson Houses in Brownsville, where he also lived, between 2015 and 2021, the New York Police Department said during an announcement of his arrest.

"Mr. Gavin was familiar with many of the residents in the building and ran errands for some of the elderly tenants who resided at that location," said NYPD Chief of Detectives Rodney Harrison. "What we believe at this time, it sounds like the reason why he might have committed these acts is an argument over money or finances."

The most recent victim, Juanita Caballero, 78, was found on Jan. 15 with a telephone cord wrapped around her neck. 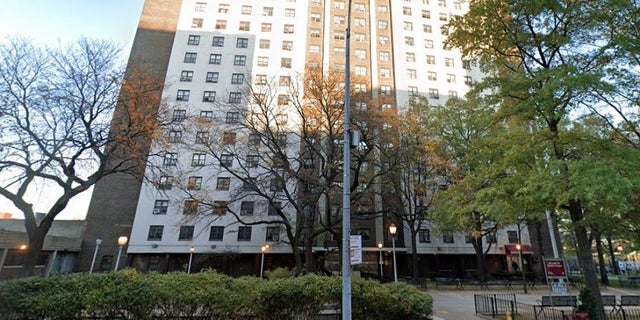 The Carter G. Woodson Houses in Brooklyn, N.Y. A man was arrested in connection with the slayings of three elderly women who lived in the building.  (Google Maps)

Kings County District Attorney Eric Gonzalez said evidence from her death "allowed us to make the connection" to the other murders.

The first victim, Myrtle McKenny, 82, was found by a home health aide in November 2015. Her death was initially believed to be a result of natural causes until funeral home workers discovered a stab wound in her neck.

"Relieved there's an arrest and surprised it's over five years later," her son, Mark Lewis, said, KABC-TV reported. "Didn't think it would take that long."

The case stalled until Jacolia James, 83, was discovered dead in her apartment unit on April 30, 2019, by her grandson.

The grandson last saw James around 7 p.m. and returned four hours later to find her dead. She had injuries to her face and neck, officials said.

"As a result of forensic evidence that was recovered from the scene, Mr. Gavin then became a suspect in the homicide," Harrison said.

Gonzalez said he will have a grand jury hear all the evidence in the case and offered his condolences.

"I wanted the community to know that I know how devastating these losses have been to the people of Brownsville, to the residents from those houses," Gonzalez said. "I am confident the defendant took advantage of his relationship with these women, was allowed into their homes, and did unspeakable acts of violence against them."

A fourth death in the building -- of Henry Higgins -- in 2019 has not been linked to the slayings. The city cited the coronavirus pandemic for delays in installing additional security cameras in the building.