A new map of the Milky Way created by the National Astronomical Observatory of Japan shows Earth is spiraling faster and is 2,000 light years closer to the supermassive black hole at the center of our galaxy than was previously thought.

Sagittarius A* and black holes of the like are dubbed "supermassive" for a reason — they are billions of times more massive than the sun.

But the NAOJ said there is no need to worry, as the latest data does not indicate the planet is "plunging towards the black hole." It just means there is now a "better model of the Milky Way galaxy." 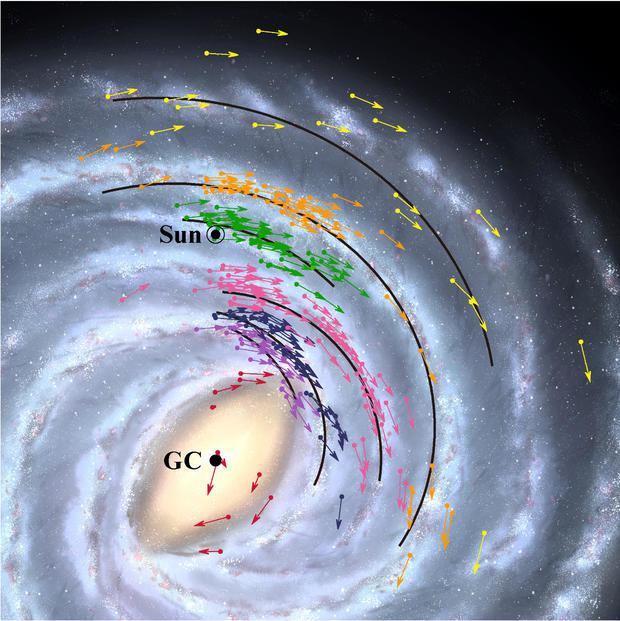 Positioning indicates that Earth orbits the Galactic Center, where the black hole is located, at 227 km/s. Astronomers originally thought the orbit was at a speed of 220 km/s.

"Because Earth is located inside the Milky Way Galaxy, we can't step back and see what the Galaxy looks like from the outside," NAOJ said in a press statement. "Astrometry, accurate measurement of the positions and motions of objects, is a vital tool to understand the overall structure of the Galaxy and our place in it."

VERA, Very Long Baseline Interferometry Exploration of Radio Astrometry, was created in 2000 and uses interferometry to aggregate data from radio telescopes located throughout Japan. Through the project, scientists can create the same resolution as a 2,300 km diameter telescope, which "is sharp enough in theory to resolve a United States penny placed on the surface of the moon," NAOJ said.

NAOJ scientists are hoping to gather data on even more objects, with a focus on those that are close to Sagittarius A*.