From Glastonbury to Bluedot: 10 of the best festivals for summer 2021

Since the 2020 festival season has been wiped out by the pandemic, what about next year’s offering of rescheduled musical delights? Things don’t get bigger than Glastonbury as it celebrates its belated 50th anniversary in 2021. The lineup is yet to be finalised, but if the 2020 offering of Diana Ross, Kendrick Lamar and Taylor Swift is anything to go by, expect more must-see sets than you can run to.
23-27 June 2021

Barcelona’s premier sun-soaked music showcase celebrates its own belated 20th anniversary in 2021 with a typically varied lineup featuring headliners the Strokes, Tame Impala and Gorillaz, as well as FKA twigs , Iggy Pop and Young Thug. Come for the music, stay for the balmy all-nighters.
2-6 June 2021

A bucolic wonderland nestled in the rolling Brecon hills, Green Man has a very strong claim to be the most beautifully located festival in the UK. Known for its folk-leaning lineups and championing of Welsh talent, previous notable performances have included homecoming heroes the Super Furry Animals, energetic jazz quartet Sons of Kemet and PJ Harvey.
19-22 August 2021 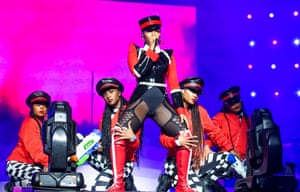 Don’t be alarmed by the “J” word in the name. Yes, there is ample jazz for the heads in this labyrinthine weekender in Rotterdam, historically including Chick Corea and Herbie Hancock, but there have also been crowd-pleasing sets ranging from throwback heroes Toto to soul auteur Janelle Monáe and Ms Lauryn Hill.
9-11 July 2021

If you can’t bear the thought of crawling back to a damp tent after many hours of drinking and dancing, then a day festival is your solution. Field Day has managed to retain its independent charm in the 13 years it has been running. Now located in the vast Drumsheds complex in Tottenham, north London, you can stay dry while listening to the likes of Bicep, the Black Madonna and Floating Points.
10 July 2021

UK jazz impresario Gilles Peterson put on the first edition of his British festival only last year and impressed with the mix of young upstarts, esteemed veterans and night-time hedonism in the cosy confines of the woods at Abbots Ripton, Cambridgeshire. Its boutique atmosphere makes it the ideal place to discover new talent.
19-22 August 2021 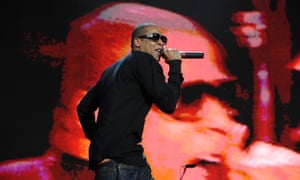 Perhaps social distancing has made you hunger for the sweaty chaos of an enormous moshpit? Look no further than Wireless, the corporate behemoth famed for its ability to snag exclusives from US hip-hop and R&B royalty such as Drake, Travis Scott and Jay-Z. One for the headliners and the superfans.
2-4 July 2021

Houghton is the passion project of Craig Richards – resident of the London mega-club Fabric – an art and music weekender featuring an emphasis on lengthy DJ sets. Houghton has had a rough run since it began in 2017, having to cancel at the last minute in 2019 owing to bad weather. Next year promises to be a triumphant return, with its 24-hour music licence not for the faint-hearted.
12-15 August 2021

If you want your festivals to be nourishing for the mind as well as the body, Jodrell Bank Observatory’s Bluedot could be the ticket, combining talks on space exploration with comedy and suitably cerebral music. Next year’s headliner is Björk, who has designed a special audiovisual set for the setting.
22-25 July 2021

The essence of East Sussex’s tiny non-profit Brainchild festival is community. Attendees are encouraged to take part in workshops and maybe even jam with the bands. The music is all about discovery, too: jazz group Ezra Collective, rapper Kojey Radical and sax star Nubya Garcia played some of their earliest shows here.
9-11 July 2021