Can Italians be persuaded to speak sotto voce on the train? | Tobias Jones

The announcement that Italy’s high-speed train franchise, Frecciarossa, is introducing “quiet carriages” has been greeted with relief and irony. Of the many stereotypes about Italians, one that refuses to die is that they are loud, and even many Italians doubt that a “quiet carriage” will ever remain so.

Frecciarossa’s quiet carriages were previously only available for business passengers, but they proved so popular that they will now be available to passengers in economy class too. They will be called “Standard Silenzio”.

In some ways, Italy has earned its reputation as a rowdy country. A 2015 survey of global noise pollution placed Italy second for racket. “Noise music” – replacing classical harmonies with modern clanking – was pioneered by the Italian futurist Luigi Russolo. And no self-respecting pizzeria is without a loud TV in the corner. As Francesco De Gregori once sang: “Poor me – I’m scared of the silence but can’t stand the noise.”

Yet many Italians feel the stereotype is absurd. Italians are only perceived to be loud because of their language: it’s vowel-based, requiring the vibration of vocal chords – hence its melodious quality and aptness for opera. Unlike English, Italian has no reduced vowels (called “schwa” in linguistics), so nothing is diminished or squashed. It’s a syllable-timed language, whereas English is stress-timed: we eat words, they say – we cluster consonants and elide; they don’t. Italian isn’t necessarily louder, it just sounds so to an Anglo-Saxon ear because we’re simply unused to so many syllables. 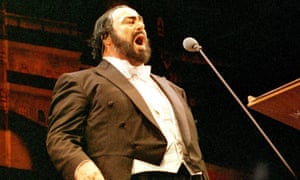 Recent research has also suggested that Italian is a high-speed, low-density language. The amount of information communicated per syllable is lower than in English, meaning it’s spoken faster and, as all musicians know, when you pick up speed you sometimes, inadvertently, go loud.

There are also historical reasons why Italian is, or appears to be, voluminous. Stefano Jossa, author of a brilliant book on the language, says that “in Italy a linguistic act is always performance”. Because the language was invented by writers – from Dante to Alessandro Manzoni – it is “artificial, artful, made for the purpose of beauty. It’s cunningly and cleverly constructed.” You only need to watch a few minutes of the country’s TV talkshows to appreciate how much admiration there is for what writer Luigi Pirandello called “the wardrobe of eloquence” where “naked ideas” get dressed.

That performative element means that the acoustics are important. A friend always says that “Italian is spoken for the sounds, not the meaning” and in his book Jossa writes that Italian is “like a harpsichord”. That centrality of sound is the reason that rhyme – much outmoded elsewhere – endures in Italian poetry, advertising and football banners. Lexical chiming is all part of that aestheticism about which Lord Byron got so soppy: Italian, he said, “sounds like it should be writ on satin”.

Because Italian has never been a language of the streets but of the salons, many Italians – according to writer Italo Calvino – feel a “semantic terror”. It’s often been suggested that the peninsula’s high volume is the revenge of the streets, a verbal insurgency against that refined and erudite language. It’s a drum to drown out that harpsichord.

It’s been suggested that the peninsula’s high volume is the revenge of the streets, a drum to drown out that harpsichord

But there’s also a different attitude to noise. Glen, a friend and applied linguist who has lived in Italy for 40 years, believes that noise here “is perceived as convivial and inviting. It lends a sense of sharing and participation and means that something is working OK.” But noise is also admitted when it’s evidence of unease. Wallis Wilde-Menozzi, a writer in Parma whose next book is Silence and Silences, says that “high volume is accepted or understood when it’s a response to stress and anxiety. I don’t find this tolerance exists in middle-class Anglo-Saxon culture.” That tolerance extends to children: eating out with kids is a dream in Italy because they’re always welcomed, tantrums and all.

If anything, quietness is often perceived to be more unsettling than noise. “A quiet pizzeria full of people,” jokes Glen, “would be very suspicious.” People relish exuberance. Perhaps that’s why Frecciarossa’s new carriages are called “silent”: according to Jossa, “a ‘quiet carriage’ would make Italians think it’s a dead place, a wasteland, a desert – basically inhospitable”. And, my Italian wife laughs, the absolutism of that “silence” is very necessary: “tranquillo” suggests unagitated, or chilled out, which is probably, for our fellow travellers, an insufficiently forthright injunction against noise.

That appreciation of vivacity also means that conversation is very different: voices overlap because there’s no social disapproval of interruption. Often, the only way to get a conversational look-in (or “to take the word”, as they say) is to raise your voice. Etiquette about phone use does not exist. Irene, an Italian who lives in London, doesn’t think Italians are any louder than other nationalities. “But there is something,” she says, “about Italians and mobile phones. It’s not just the lack of consideration for other people that amazes me. Italians on the phone on a train seem to be oblivious that whoever sits near them will listen to everything. Maybe we are so committed to the conversation we forget about everything else.”

That, perhaps, is key to understanding the stereotype. It’s not that Italians are loud; just that they’re rarely hushed in situations where foreigners expect it: in church, classrooms, business meetings or on public transport. There’s an authenticity to that refusal to change register just to suit the surroundings, but it doesn’t bode well for the train carriage battle between sound and silence.