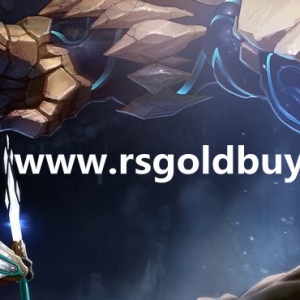 Description
Become a member, or buy bonds through Grand Exchange, you can try Runescape 3's latest boss Raksha. Let's take a look at some of the big monsters in the game.

Raksha is the newest boss in Runescape, but also the most annoying boss. Its insta-kill mechanism makes people need to be careful. The changeable fighting style is best to avoid melee. Long-range or spell attacks are better choices. Complete the Laniakea mini-mission near the ruins in the southeast of Anachronia to approach Raksha, the shadow giant. In the mission, the position of the boss is clear, so be sure to reserve supplies and equipment before trying to fight.

Nex is one of the most valuable bosses in Runescape, but it is very complicated. You need to collect four elements by killing the followers of Saladomin, Zamorak, Bandos, and Armadillo to make a frozen handful The key can open her room in the center of the dungeon. And you must be careful with her special magic effect mechanism, ancient magic: smoke, shadow, blood, and ice.

Araxxi is the angriest boss in the eastern part of Morytania. You need to choose your battle path carefully. His anger mechanism will make people more and more uncomfortable, higher and higher damage, tearing your equipment. 15 battles will reach the peak of his anger. You need to prepare everything and let the battle end before then.

Telos is the boss that Runescape players most want to conquer because he is the strongest. With a stronger upper limit of the anger mechanism, stronger combat effectiveness, four stages that allow you to go deep into Gieno's heart, giving players a headache. However, this is also the reason why the player Buy RS3 Gold upgrades his skills and equipment. Defeating him can also get a batch of the best-dropped rewards. Gold is nothing. Don't forget to kill 4 God Wars Dungeon 2 bosses to collect 4 ancient charms before fighting him.
No more results found
No more results found
thumb_up 0 thumb_down 0 share Share
0 people liked this